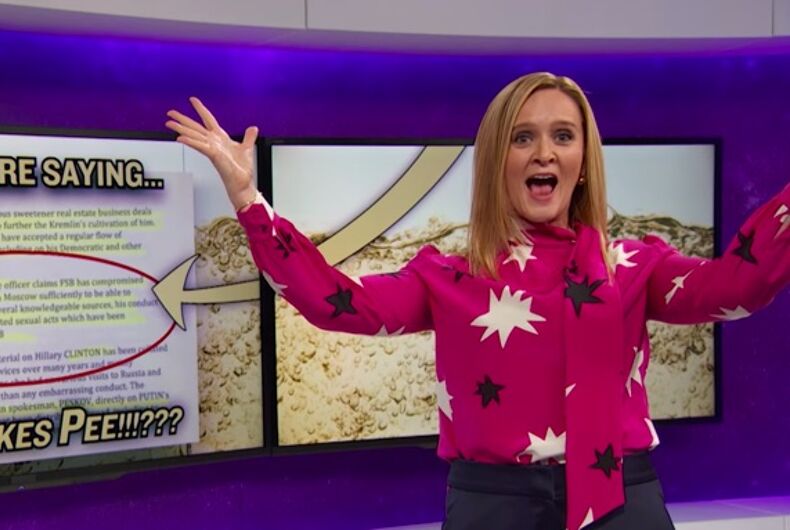 No one skewers politicians quite like Samantha Bee and after this week’s news dump of documents claiming Donald Trump paid hookers for a watersports party in a Russian hotel room, you knew she wouldn’t be able to resist.

Since these were unconfirmed reports being widely denounced as shoddy journalism, Bee was careful to say “There’s a high probability this story is bullshit. But the fact that it’s plausible bullshit is a terrifying statement about what our nation has come to.”

In a Trump-like twist to her commentary, she told viewers that she wasn’t saying Donald Trump liked pee play, other people were saying it so she was just telling viewers what they were saying.

The most unbelievable part of the report according to Bee?

“Oh bulls**t, like we’re supposed to believe that Trump has started paying people who work for him?”

Watch the video below and try not to laugh out loud.

Ellen hosted a game show with Octavia Spencer & it was amazing