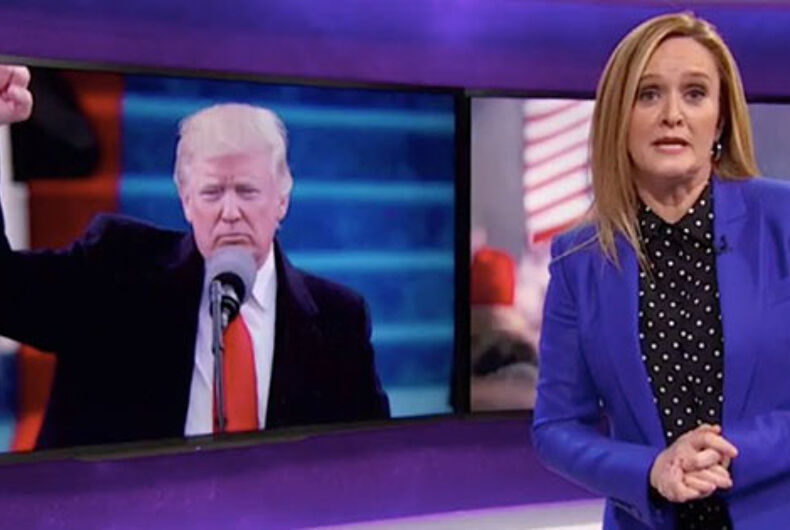 The White House Correspondents Dinner, the annual black-tie confab of journalists, politicos and celebrities where in 2011 then-President Obama hilariously lit into Donald Trump, has some competition this year.

TBS announced Monday that the comic genius who hosts Full Frontal with Samantha Bee is hosting her own dinner on the same night as the scheduled event, April 29.

“We’re really doing this,” said Bee in a news release. “This is not a joke.”

The Willard Hotel in Washington, D.C. is the venue for the alternative roast, which Bee told The New York Times is meant to be a night to include jokes about President Trump, not necessarily a competing event.

“We’re not trying to supersede it,” she told the paper. “We just want to be there in case something happens — or doesn’t happen — and ensure that we get to properly roast the president.”

In a news release, TBS announced a hashtag: #NotTheWHCD. And it makes clear this is not going to be the swanky party typically attended by Peter Alexander, Jonathan Karl, Kevin Corke and Jim Acosta; the release notes: “BYOB.”

The network says all proceeds will go to the Committee to Protect Journalists, “whether they like it or not. They certainly didn’t ask for the support of a woman whom Newsbusters once called ‘an unfunny, feminist battle ax.'”

Here are two clips below that look back at that 2011 WHCD that left a bad taste in Trump’s mouth: