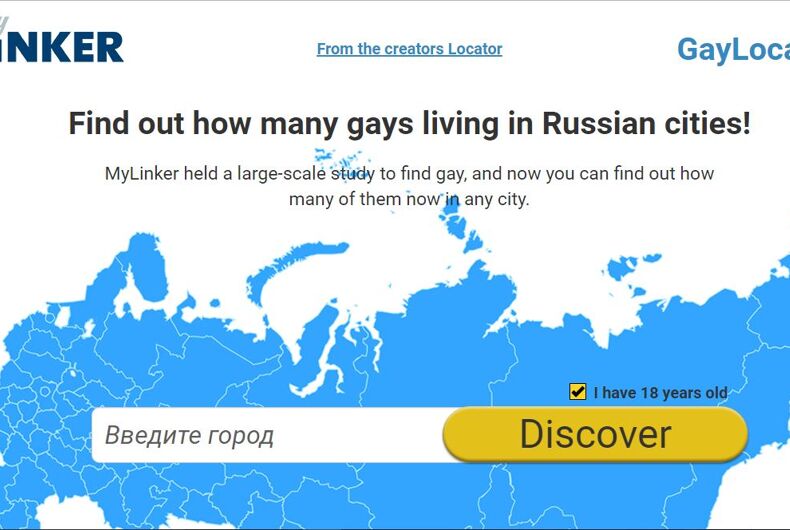 My Linker page translated to English

A Russian website has popped up in response to Airbnb’s anti-discrimination policy prohibiting banning people based on their sexual orientation, and it promises to tell visitors how many gay people reside in any given city.

Travel site MyLinker started GayLocator because, as representative Rodion Kadyrov explained in an interview with Russian tabloid Life, they believe it should be everyone’s personal choice whom they allow to stay in their home. 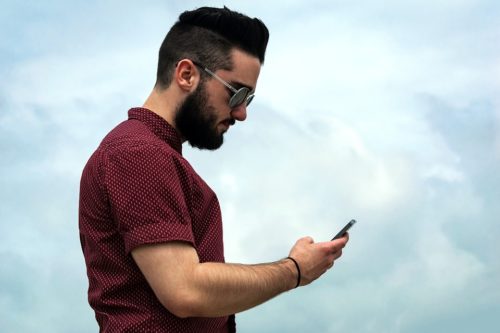 “To deny gay people – it’s fine if we’re talking about freedom of choice,” he said.

“It’s simple. Airbnb’s position on this issue was not close to us,” he continued. “We started thinking about this and somehow came to the idea – to find out how many actually gay lives in every city in Russia, and conducted research.”

That research, according to Global Voices, was less than scientifically rigorous.

They then walk through what a user might experience.

“Scrolling further, visitors…are told that ‘AirBnb cleaned up and deleted all the owners who refused to rent to homosexuals,’ before getting the sales pitch: the homophobes re-registered with MyLinker, the website claims.

“You probably don’t want to cradle your child in a bed where a bunch of gays were just frolicking about.” 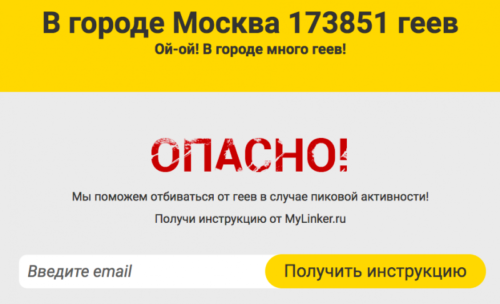 Some LGBTQ advocates in Russia are reportedly using the numbers to brag about their prevalence in the country. Kadyrov explains that their site should not be read as a promotion of the existence of homosexuality.

“The promotion of homosexuality? I do not think,” he told Life. “We definitely did not have such a goal. Everyone decides for himself – to be gay or not (as would be unfortunate as it sounds), but we still are not for them. Infringes on the rights and break the law we do not want. We caution that the study results are exploratory in nature, the service is only available for persons older than 18 years.”

A “gay propaganda law” passed in 2013 makes it a crime to provide information about homosexuality to a minor.