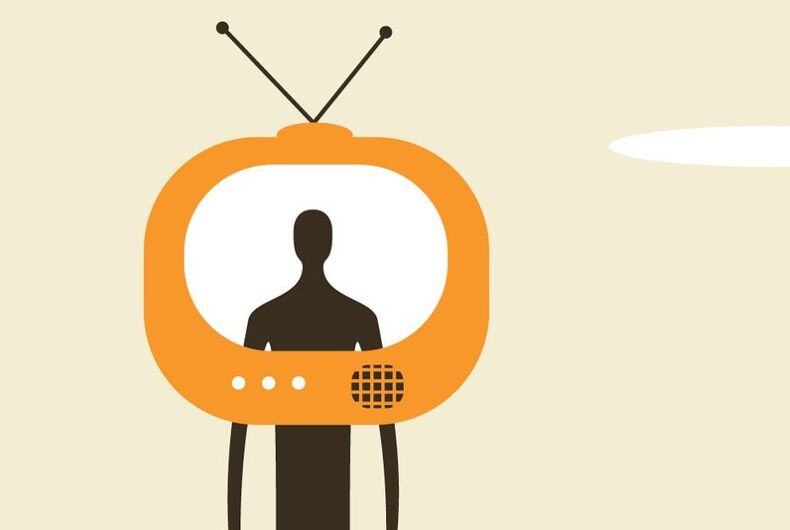 Reality TV: Real life television for those who don't have onePhoto: clipart

NEW YORK (AP) — Donald Trump proved you could ride reality TV fame to the White House. Former U.S. Rep. Anthony Weiner proved that having a film crew around can just compound the embarrassment of a political freefall.

Now, a young Republican is following in their footsteps by allowing a documentary film crew to shadow him as he considers a run this year to unseat New York City’s mayor, Democrat Bill de Blasio.

Eric Ulrich, a 31-year-old city councilman who favors rights to abortion and gay marriage, has yet to declare his candidacy in what could be an uphill battle on overwhelmingly Democratic turf.

The unscripted show recording the realities of the politician’s daily life would probably air before the Nov. 7, 2017, election — if it gets picked up by a television network in time. The New York-based company making the show, Left/Right, which produced Mob Wives for VH1 and other programs for Showtime, AMC and the History Channel, is still shopping it around.

“It’s a great gimmick, but we’re in a new world of communication. Look at Trump,” said political analyst Mickey Carroll, director of the Quinnipiac University Polling Institute. “The basic point is, attention is good for politicians.”

Ulrich is in his second term representing parts of New York’s borough of Queens. He is one of only three Republicans among 51 City Council members. In 2014, against de Blasio’s opposition, he introduced a bill to create the city’s Department of Veterans’ Services.

Quinnipiac’s Carroll says such documentaries are part of a dramatically changing world from the time when political and news organizations delivered what he calls “neat and compartmentalized” information about candidates.

“Now, forget it. People make their own rules. It’s all over the place, and you might as well get used to it,” said Carroll, noting that success is gauged by the number of social media hits.

Campaign documentaries have been linked to both victory and defeat.

Cory Booker’s 2002 run for mayor of Newark, New Jersey, against Sharpe James is captured in the 2005 Oscar-nominated film titled Street Fight, whose searing scenes of raw politics weren’t forgotten when he campaigned for a U.S. Senate seat and won in 2013.

The same year in New York, a camera trailed Weiner, a Democrat, as he campaigned for mayor. That documentary chronicled, in deeply personal detail, the embarrassing end to his political career following a series of lewd tweets to women.

“I think that if done right, it shows a candidate in unguarded moments,” he said. “You could get a feel for the character; it tells a story and it highlights the character in a way that almost any other medium just can’t do.”

Ulrich’s wife and 4-year-old daughter may appear before the camera in Ulrich’s politically conservative section of Queens.

“Eric is a solid guy, but I can’t see him being a formidable mayoral candidate,” said Muzzio, who knows him from Baruch College, where he teaches and where the councilman received a master’s degree.

Ulrich did not support Trump, a fellow Queens native, but Carroll said Trump’s victory shows that anything can happen — especially in New York.

Pulse nightclub shooter’s wife arrested in connection with the attack