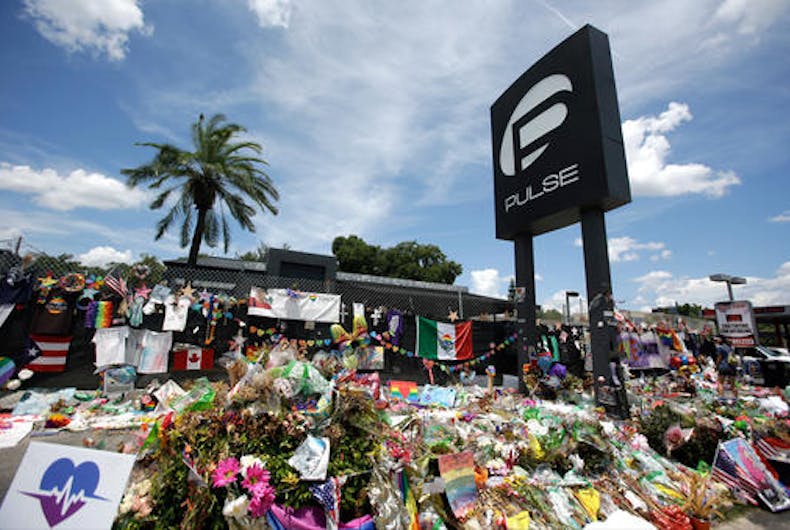 This Monday, July 11, 2016 photo shows a makeshift memorial outside the Pulse nightclub, a month after the mass shooting in Orlando, Fla. The more than 430 fundraisers posted on the GoFundMe website after the attack have exposed weaknesses inherent in these popular do-it-yourself charity campaigns: waste, questionable intentions and little oversight. Photo: AP Photo/John Raoux

WASHINGTON (AP) — The wife of the Orlando nightclub shooter was arrested Monday by the FBI, a U.S. law enforcement official told The Associated Press.

The official said Noor Salman was taken into custody Monday morning in the San Francisco area and is due in court Tuesday in California. She’s facing charges in Florida including obstruction of justice.

The official was not authorized to discuss the matter publicly and spoke on condition of anonymity.

Noor Salman moved to the San Francisco area after her husband, Omar Mateen, was killed in a shootout with SWAT team members during the June 12 massacre at the Pulse nightclub in Orlando.

He was the only shooter, and by the time a three-hour standoff between Mateen and law enforcement had ended, 49 patrons were killed and another 53 people required hospitalization.

Mateen pledged allegiance to the Islamic State group during the standoff.

Prior to the attack on Pulse, a handful of other U.S. gay bars had been targeted, including Neighbours, a popular gay nightclub in Seattle. It was packed with New Year’s Eve revelers on Dec. 31, 2013, when a man poured gasoline on a carpeted stairway and set it ablaze. No one was injured; Masub Masmari was sentenced to 10 years in prison for arson.