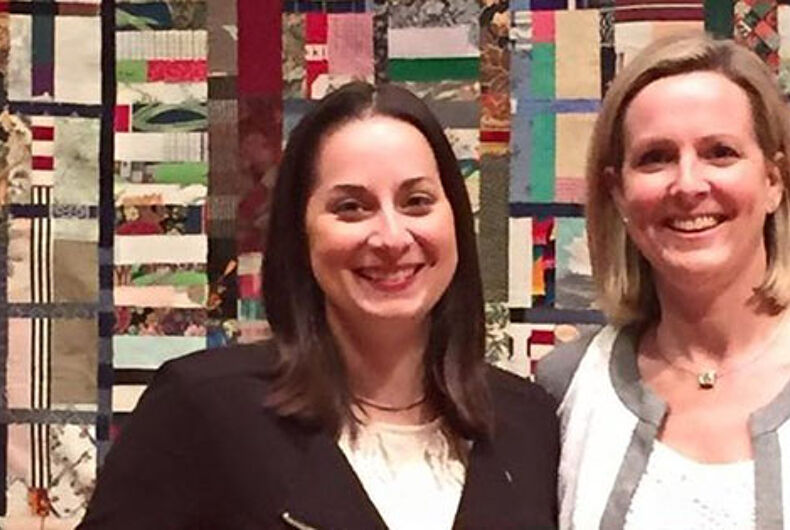 An LGBTQ-affirming Baptist church in Washington, D.C. that broke ties with the Southern Baptist Convention five years ago and just named a lesbian couple as co-pastors was protested on Sunday.

Before the start of the morning church service, while members of the choir warmed up, a small group of five to seven protesters entered Calvary Baptist Church, holding signs and chanting condemnation over supporting LGBTQ congregants and clergy, reports Baptist News Global.

They made their way to the pulpit before being confronted and turned back out to the sidewalk only after police were called, where they “aggressively engaged” with members arriving for the service and passersby, said associate pastor Elijah Zehyoue.

He called the incident “disturbing and unnerving.”

“It was pretty difficult to get them [protesters] to stop and leave the sanctuary,” Zehyoue said. “Outside they were still pretty aggressive with members and visitors and random passersby who looked like they may have been coming to the church.”

This church announced the appointment of married couple Maria Swearingen and Sally Sarratt as co-pastors earlier this month, and they will officially start their duties as co-pastors next month.

Protesters are reported to have said congregants would go to hell for their support for the lesbian pastors, and called the church “the house of Satan.”

“While the language was not comfortable, it was still basically peaceful,” said church moderator Becky Vaughn. “There was no effort to do harm, and they did move out to the sidewalk.”

She said about 15 members of the church stayed at the front door while the demonstrators were on the sidewalk, and that they were singing hymns and praying and telling them “that God loves them and we love them.”

The service went on as usual, with associate pastor Erica Lea preaching her scheduled sermon, which just so happened to be a call for unity.

Lea said that does not mean glossing over issues such as Black Lives Matter and LGBTQ rights, but rather embracing them.

The church has also voted unanimously to be a “sanctuary church,” offering shelter and assistance to immigrants fearing deportation.

“As disturbing as it was, the protest was a good moment where many of our church members were energized and found the presence of the Holy Spirit on the steps of our church and that was a powerful moment,” said Zehyoue.

He called the eventful day “what we call just another Sunday at Calvary.”