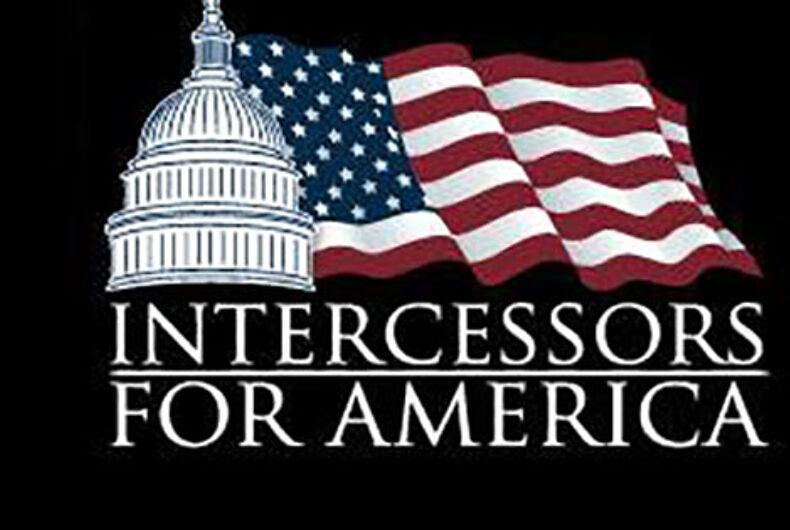 “By faith the walls of Jericho fell, after the army had marched around them for seven days.” – Hebrews 11:30

With that quote from the Old Testament of the Bible in mind, a conservative Christian group has unveiled what they’re calling a “Jericho March” around the White House and the Capitol, beginning Saturday, timed to welcome the inauguration of president-elect Donald Trump.

And without referring to President Obama by name, the Intercessors for America lumped him in with Satan in its call to the faithful to take part in its “prayer walk.” Note that its press release announces that the march will begin Friday, but also says that it begins Saturday.

“For too long, our adversary has built mighty walls around our elected officials in Washington, D.C. So, starting on Jan. 13, 2017, we will begin a seven-day Jericho march around the White House and Capitol, culminating with a mighty ‘shout’ by believers across the nation as President-elect Donald Trump takes the oath of office and is installed as our new president of the United States of America.”

Lest you dismiss this bunch as a pack of wackos, a quick check of its Facebook page reveals unto us more than 17,000 users have liked the Intercessors for America, and the group has almost 17,000 followers. So, they’re for real.

But organizers of the “Jericho March” recognize that not every member of the flock can join the herd on the appointed days. “Those not able to be in D.C. during these times may do the same during their prayer times,” reads its press release, allowing far away faithful to telecommute their protest when convenient.

No matter when it starts, the big moment is during the swearing-in on Jan. 20th, and again those who cannot be in Washington can “shout to the Lord” via conference call. If only the ancient Israelites had that technology!

“As President Trump finishes his oath of office, at the moment of the power transition, all intercessors are instructed to shout to the Lord with faith and expectation that the spiritual walls will be destroyed at that moment. For those not in D.C., please do this wherever you are, and consider joining thousands across this nation by dialing 712-432-0075, then enter the code 1412452#. The call will start at the beginning of the Inauguration ceremony.”

As JoeMyGod pointed out, among the Intercessors for America is Larry Tomczak. The right-wing pundit, Tennessee minister and general nutjob is best known for his internet skirmishes with Ellen DeGeneres, a book advocating corporal punishment of children, and being named as a defendant in a 2013 lawsuit, by a woman who accused him of physically abusing her over 25 years.