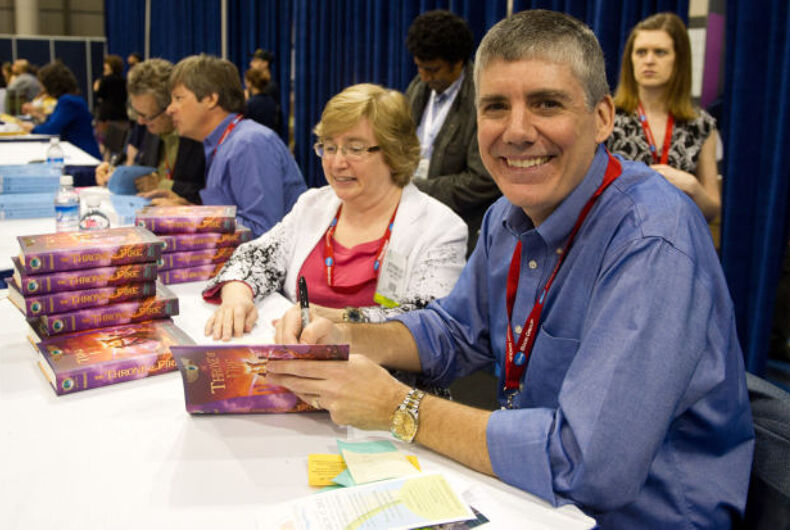 Texas-born writer Rick Riordan, the writer of the popular Percy Jackson and the Olympians series, has declined an invitation to be honored at the Texas legislature’s celebration of authors event over the state’s recently filed “bathroom bill.”

Texas introduced Senate Bill 6, called the “Privacy Protection Act” on Jan. 5. It would, if passed, prohibit transgender individuals from using bathrooms matching their gender identity in government owned buildings. It would also give businesses the ability to choose their own policy regarding their facilities.

A similar law in North Carolina, House Bill 2, is currently being challenged in the courts. A recent repeal effort failed. It has cost the state millions of dollars and hundreds of jobs due to boycotts.

“I saw his tweet and was like ‘Darn, this is a bummer’,” Rep. Jason Villalba, R-Dallas, told The Texas Tribune.

“I don’t want to challenge [Riordan’s] belief system,” Villalba said. “I appreciate that this is his way of making his statement about what has occurred. My only disappointment is we can’t show him how much we appreciate his great work.”

EXCLUSIVE: Caitlyn Jenner invited to the inauguration of Donald Trump