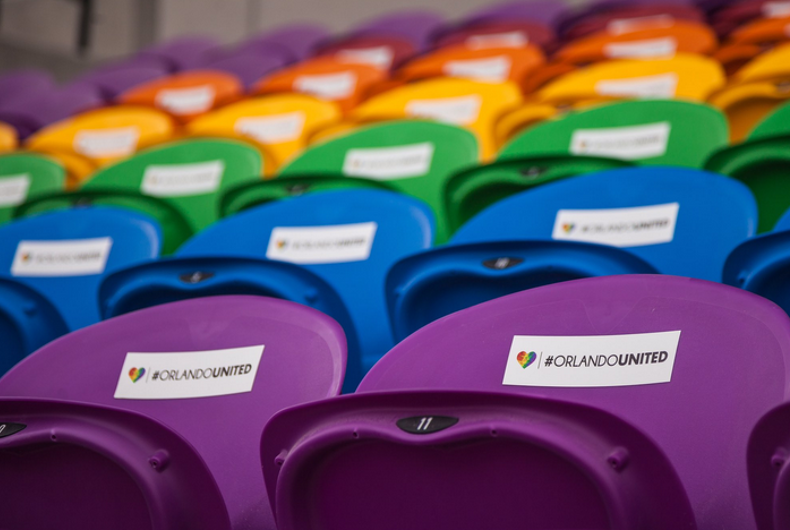 The City of Orlando announced 49 rainbow-covered seats in its new major league soccer stadium to honor the victims of the Pulse shooting last year.

The seats are in Section 12 of the stadium because the shooting of the LGBTQ nightclub occurred on June 12, 2016. There were 49 victims. (The city is not counting the shooter as a victim.)

Each seat features a rainbow heart and the hashtag #OrlandoUnited.

The city said that the seats would “always” be a part of the stadium on Twitter.

29-year-old Omar Mateen opened fire on the LGBTQ nightclub, killing 49 and injuring 53 others before being shot and killed by police after a 3-hour standoff.

The soccer team showed its support for the victims, as shown in this video from ESPN, aired a week after the shooting.