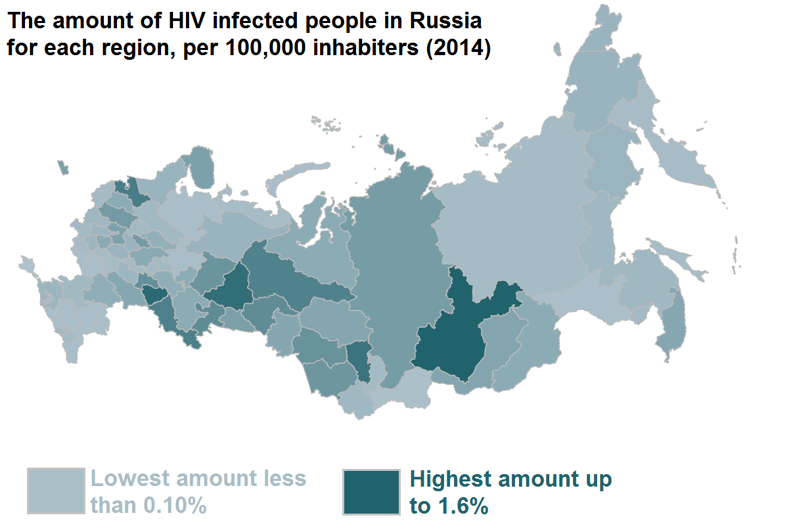 HIV infection rate by region in Russia in 2014.Photo: Wikipedia

New statistics show that 64% of new HIV infections in Europe are coming from Russia, where 1 million people are currently living with the virus. The number is expected to double in the next decade.

In Russia, new infections are up 133% since 2006, according to the new report from the European Centre for Disease Control and the World Health Organization. The report states that the infection rate is largely driven by heterosexual sex.

“Despite significant efforts dedicated to the prevention and control of HIV in Europe, the number of new HIV diagnoses has not declined substantially over the last decade in the western part of the region and has more than doubled in the east,” the report states.

Foreign Policy magazine reported on the Russian HIV epidemic last November. In addition to a homophobic climate that makes distributing information about HIV/AIDS to men who have sex with men difficult, the Russian government has also banned proven methods to lower the infection rate like opioid substitution therapy and needle exchanges. Antiretroviral medications are also 3.2 times more expensive than in other middle-income nations.