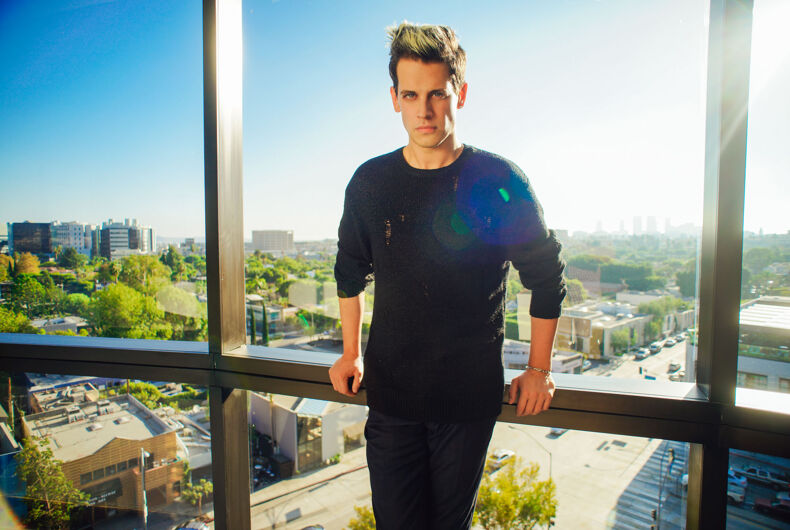 After a concerted effort to drum up votes via social media, conservative media gadfly Milo Yiannopoulos has won the title of LGBTQ Nation’s Person of the Year with almost 70% of the vote. Indiana governor and vice president-elect Mike Pence came in a distant second place.

The LGBTQ Nation Person of the Year contest is a reader driven poll to select the year’s top newsmaker. While the poll was intended for our regular audience, there were no stipulations on who could or couldn’t vote. Therefore, Milo Yiannopoulos won fair and square.

Yiannopoulos’ fans didn’t just flock to the site from his Facebook page though. Breitbart News did stories about the poll and his followers posted about it multiple times on sites like Reddit and 4chan. A similar effort was made on behalf of Pence, but it couldn’t compare to Yiannopoulos’ legions of followers.

Yiannopoulos made the news throughout 2016 and always for truly awful reasons. He was a queer cheerleader for Donald Trump, whom he called “Daddy.” He has harassed and demeaned transgender people repeatedly.

He was banished from Twitter after gleefully encouraging his followers to harass African-American actress Leslie Jones because he didn’t like the remake of Ghostbusters. Jones left the social media site temporarily after a torrent of racist and sexist abuse.

Simon & Schuster recently announced a $250,000 book deal with the conservative provocateur, sparking backlash from the literary and progressive communities. The Chicago Review of Books announced it would not review any of the publisher’s 2017 books and Jones commented on Twitter that “I literally want to put hands to a jaw right now.”

“While publishers undeniably have the right to acquire and profit from any book they wish, they also bear an essential responsibility to promote civil discourse and reject hate speech that is often a precursor to violence,” the Lambda Literary organization said in a statement. “Lambda Literary calls on readers and reviewers to ignore his book.”

Hate him or love him, one thing Yiannopoulos truly excels at is getting attention for himself and his causes. If he decides to highlight an issue, his fans will follow his every word on the subject and more often than not, it’ll get moved to a mainstream audience as the story picks up steam from online chatter. For a gay guy from Britain, he has truly made his mark on conservative American politics and entertainment. He’s been able to brand himself the ultimate gay provocateur in a year of provocateurs.

Yiannopoulos, however, wanted to add to his list of accomplishments in 2016, telling LGBTQ Nation his list included, “My banishment from Twitter, recently announced book deal (pre-order now!), cross-country college tour, my jawline, and a really cute Siberian fox & sable fur I just snapped up.”

Next week we’ll be running an in-depth interview with Milo. Feel free to leave your own questions in the comments and we’ll see how many we can get answered.

Editor’s note: This article was changed to remove a reference to Yiannopoulos as a member of the alt-right movement. “Alt-right” is a term used to describe a political ideology rooted in white nationalism, xenophobia, anti-Semitism, sexism, and homophobia. Its adherents are, in short, exactly who Hillary Clinton meant when she dubbed many Trump supporters a “basket of deplorables.” Yiannopoulos contacted the editors to insist he does not identify as a member of the alt-right.