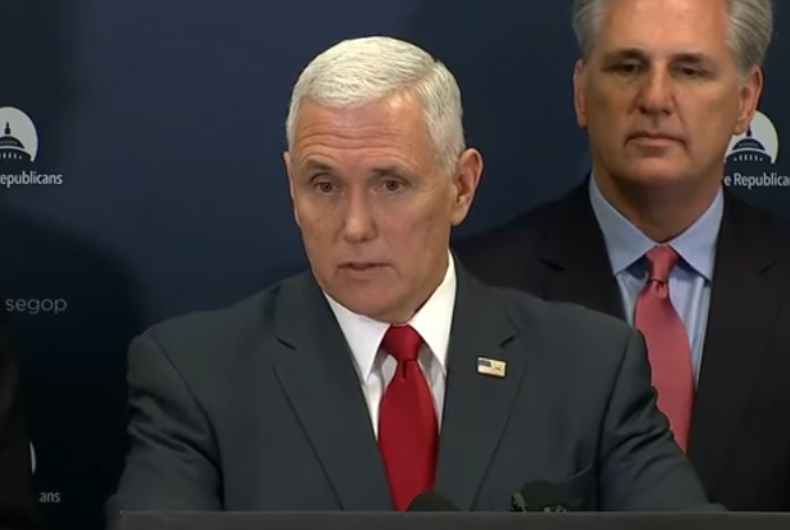 Vice President-elect Mike Pence assured supporters that Donald Trump will keep his promise to repeal all of Barack Obama’s executive orders as his first action in office.

“It’ll literally begin on day one,” Pence said during a joint press conference with House Speaker Paul Ryan on Wednesday. “Before the end of the, we do anticipate that the president-elect will be in the Oval Office taking action to both repeal executive orders and also set into motion through executive action polices to implement promises that were made on the campaign.”

While the majority of the press conference was dedicated to talk of repealing and replacing Obamacare, the executive orders Obama signed include LGBTQ protections for workers and students.

Pence told James Dobson, during an interview in October, that they are opposed to Obama’s directive to public schools requiring them to allow transgender students to use the bathrooms and locker rooms consistent with their gender identity.

“Washington has no business intruding on the operation of our local schools,” Pence told Dobson. “It’s just one more example of the heavy hand and liberal agenda of this administration working its way into the purview of the states and the people.”

Watch the full press conference in the video below.