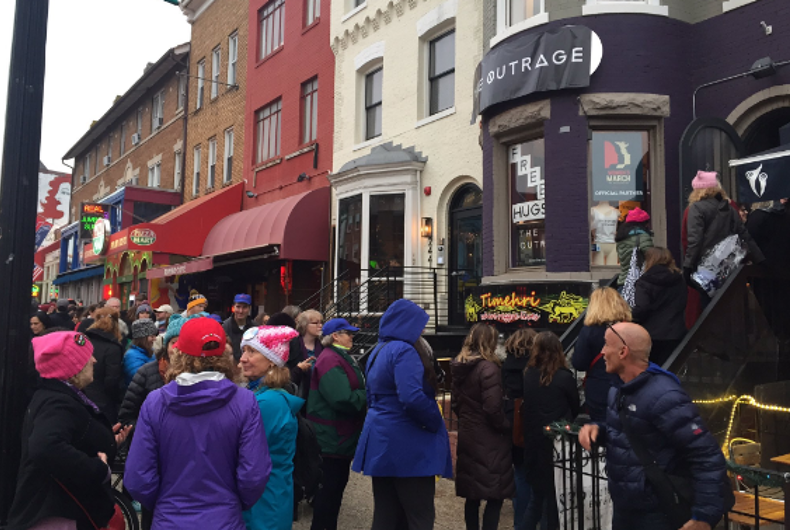 People line up outside The Outrage in Washington, D.C. to buy merchandise ahead of the Women's March.

Protests are taking place throughout Washington, D.C. after the inauguration of Donald Trump as the 45th president, with some turning violent and police administering less lethal weapons.

The Women’s March on Washington is set to take place tomorrow, and organizers expect 200,000 to participate.

If the long lines outside D.C. store The Outrage today are any indication, the march will go on and will be a massive event.

People are still lining up in droves to buy official #WomensMarch merchandise at The Outrage. #Inauguration #inaug2017 pic.twitter.com/8diBXC8iQQ

The line stretched all the way to the end of the block, as you can see in the video below.

We spoke with some of those standing in line to get their thoughts ahead of the big demonstration. They told us they came from Cincinnati and Chicago, respectively, and were ready to march for the rights of women, the LGBTQ community, people of color, and other minorities, as well as for the freedom of the press.