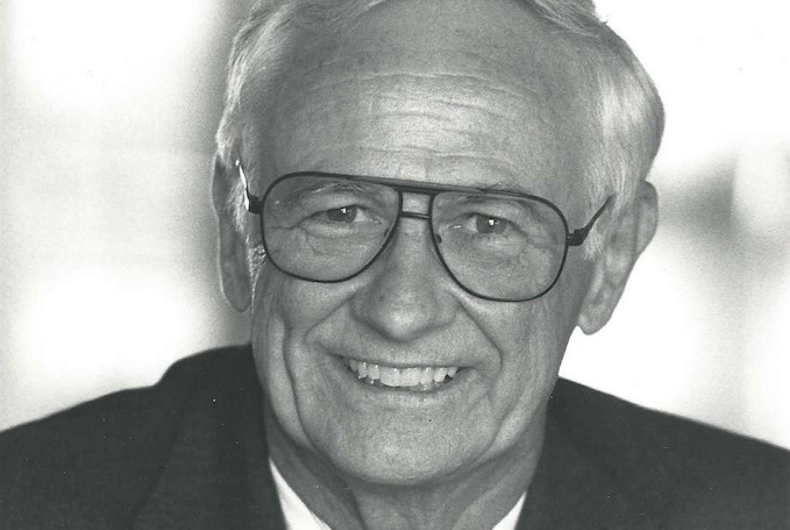 The 9th U.S. Circuit Court of Appeals announced his death Friday. Norris served 17 years on the San Francisco-based court before retiring in 1997.

Norris concluded that the Army’s prohibition on gay soldiers serving was just as morally — and legally — wrong as banning interracial marriages. His concurring opinion in the Army case was one of more than 400 rulings Norris wrote while a judge.

“Judge Norris was a brilliant colleague and a good friend,” said 9th Circuit Judge Alex Kozinski, who was also appointed to the 9th Circuit in 1980. “His commitment to the cause of individual liberty was unwavering.”

“The media should not fear that its journalists’ professional judgments will be second-guessed by juries without benefit of careful independent review,” Norris wrote in the 51-page opinion tossing out Newton’s libel award.

Norris was born in Turtle Creek, Pennsylvania, a small town outside Pittsburgh and while in high school worked as a reporter for the weekly newspaper his father managed. After serving in the U.S. Navy from 1945 to 1947, Norris earned an undergraduate degree from Princeton University in 1951. He enrolled in Stanford University law school, where served as executive editor of the law review and graduating in 1954. He then served as a law clerk to U.S. Supreme Court Justice William O. Douglas from 1955 to 1956 and then went into private practice with a Los Angeles law firm until President Carter appointed him to the appellate court in 1980.

While in private practice, Norris served on the California Board of Education from 1961 until 1966 when Gov. Edmund “Pat” Brown appointed him to the Board of Trustees of the California State Colleges, where he served until 1972.

He was the Democratic candidate for state attorney general in 1974, losing to incumbent Republican Evelle Younger in the general election.

He recently finished an autobiography called “Liberal Opinions: My Life in the Stream of History,” which was published by Quid Pro Books.

Norris is survived by his wife of 27 years, Jane Jelenko; a son, Don Norris, and three daughters, Barbara, Kim and Alison Norris; a stepson, David Jelenko, and his wife Karina; and two grandchildren, Nathan and Semantha Norris.

His family asks that in lieu of flowers, donations be made to the “William Norris Public Service Fellowship Fund,” which will provide financial aid to Stanford law students.

Halleloo! RuPaul comes through with a new album out next week