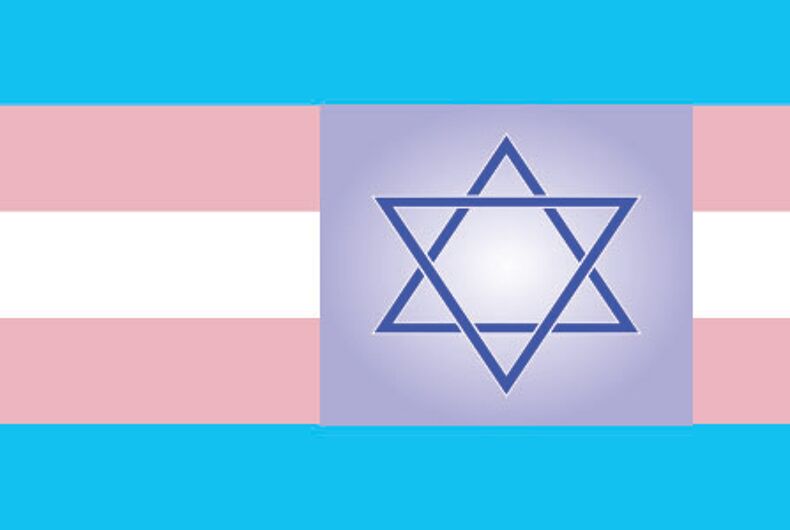 A judge in the United Kingdom, faced with a modern-day custody battle worthy of King Solomon, has decided a transgender woman cannot have any physical, spoken or electronic contact with her five children, according to the Guardian.

The woman, who is not named, is limited to writing letters to them, four times a year, and because she and her kids practice Orthodox Judaism, the court suggested she do this on three Jewish religious holidays – Pesach (which falls in the spring), Sukkot (an autumn holy day) and Hanukkah (which is celebrated in either late fall or early winter) – as well as each child’s birthday.

The reason cited by Justice Peter Jackson is that the ultra-Orthodox Jewish community in Manchester where the kids and their mother reside would shun them, if the woman who is their father were allowed any other contact.

She had sought the court’s order that she “be sensitively reintroduced to the children, who should be helped to understand her new way of life,” something she had been trying to obtain since leaving their home in 2015. The couple wed in an arranged marriage in 2001.

“Despite its antiquity,” the judge wrote, “Jewish law is no more than 3,500 years old, while gender dysphoria will doubtless have existed throughout the 120,000 years that homo sapiens have been on earth. Both sides of the question must therefore receive careful attention.”

The newspaper reported the judge concluded the odds were in favor of “the children and their mother being marginalised or excluded by the ultra-Orthodox community” if he awarded the trans woman face-to-face contact. The report said he reached that conclusion based on evidence submitted by the woman’s ex-wife, who testified her former husband had already been “severely ostracised” after leaving her and their family, and as a result she was concerned that her children would suffer.

On her behalf, teachers even provided evidence that the children would indeed be barred from attending Orthodox Jewish schools if they had contact with their transgender parent.

The woman who pleaded for contact told the court her children were lied to, that she had been committed to a psychiatric hospital, or was dead. And although the judge reaffirmed the parental rights of the children’s trans parent, and her right not to be ostracized, he wrote in his ruling: “The fact that the practices may be unlawful does not mean that they do not exist.”

The judge rejected the ex-wife’s claim that “transgenderism is a sin.” “Sin is not valid legal currency,” he wrote.

“The currency of the law is the recognition, protection and balancing out of legal rights and obligations. In this case, to be recognised and respected as a transgender person is a right, as is the right to follow one’s religion.”

A rabbi noted on behalf of the ex-wife that to him, it “was clear that transgender and procedures to achieve sex change violate a number of basic principles in Torah law.”

Another rabbi, testifying on behalf of the trans woman, said his concern was the concept “of the faith as a club from which people could be ejected, though he observed that this evidently happens.” He testified he had known Orthodox schools to place children of divorced parents in separate seating areas away from other children, which he called “beggaring belief.”

“These children are caught between two apparently incompatible ways of living,” wrote the judge, “led by tiny minorities within society at large. Both minorities enjoy the protection of the law: on the one hand the right of religious freedom, and on the other the right to equal treatment.”

Justice Jackson said he would send a copy of the judgment to the minister in charge of the children’s school, writing: “If change is required, and that is for others to say, responsibility must fall on the shoulders of the schools, the community and the state, and not on the heads of young children.”