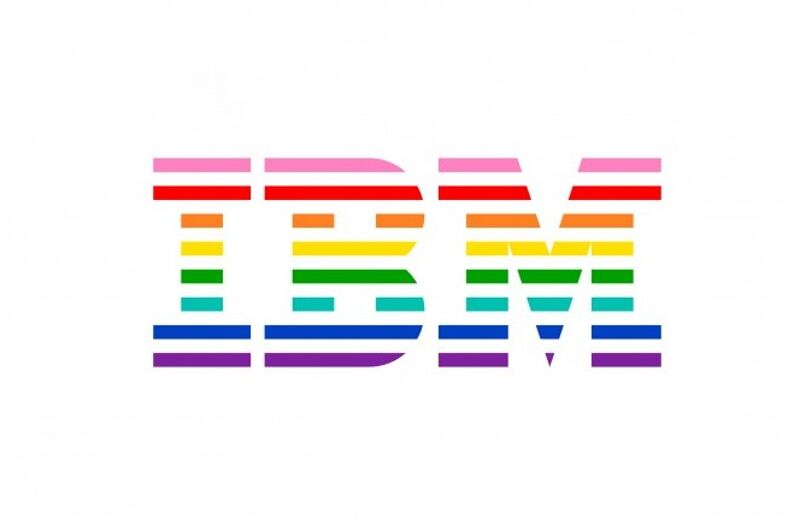 IBM has proudly introduced a new, rainbow take on its logo in a sign of its continued support for the LGBTQ community.

“Today, I am proud to introduce a new symbol that will represent IBM’s ongoing push for diversity, acceptance, inclusion and equal opportunity – a rainbow version of our iconic 8-bar logo,” wrote Lindsay-Rae McIntyre, Chief Diversity Officer at IBM, in a statement.

“IBM is proud of our long-standing commitment to fostering diversity, acceptance and inclusion. We strongly oppose discrimination of any kind toward anyone,” she continued.

The statement also detailed some of the company’s ongoing efforts to make equality and diversity a reality within their company.

“IBM established an equal pay policy for men and women in the 1930’s, and an equal opportunity policy 11 years before the Civil Rights Act became law,” she continued. “We were among the first companies to include sexual orientation as part of our Equal Opportunity policy, and we extended domestic partner benefits to gay and lesbian employees in the U.S. almost 20 years ago. And our progress has not stopped. We now offer a variety of benefits in 53 countries to same-gender domestic partners or spouses. This year alone we announced the launch of same-gender partner benefits in 11 countries.”

“This is a demonstration of IBM’s continuing efforts to advance and influence nondiscrimination workplace policies consistent with basic human rights. The logo will be used in conjunction with diversity focused IBM programs and initiatives, and also in our pro-diversity advocacy.”

IBM has been named the most LGBT-inclusive employer by Amsterdam-based Workplace Pride Foundation for the past three years in a row.

They have been vocal opponents of religious freedom laws, which allow for anti-LGBTQ discrimination, in states like North Carolina and Louisiana.

‘Bathroom cops’ may soon become a reality in Alabama