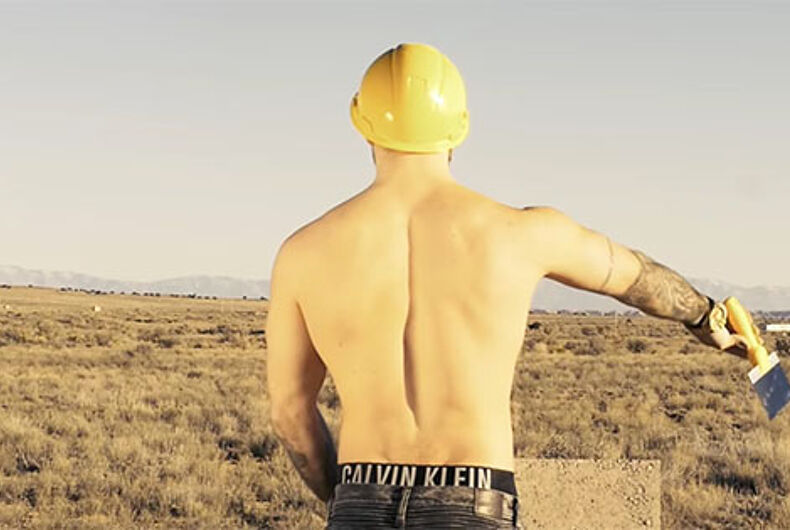 Openly gay antagonist Milo Yiannopoulos mocks the controversial plan by President Donald Trump to build a multi-billion dollar border wall between the United States and Mexico in a new YouTube video featuring two hard-bodied dudes and a load of bricks.

What in gods name pic.twitter.com/mlt5TcdhkP

Instant reaction on Twitter was a comparison with the videos typically available on a popular gay adult site.

This is the worst Sean Cody video https://t.co/S6dWmBb9YU

While it seems apparent Milo knows as much about wall building as he does transgender rights, given the inadequate amount of mortar involved in his project, his stated point in making the video is to help the president, who he calls “Daddy” to the amazement of some on Twitter.

“Even Daddy isn’t totally immune from public sector bureaucracy and delays. So we’re giving him a head start!”

@Iacoguy Yup. Milo & crew call Trump, DADDY. 😨 They want to wall off Mexico, but keep the backdoor to Canada open/available 😨

In case you’re a Hollywood casting agent, here are the “stars” of Milo’s video: Will Magner, Brett Gilly, Mike Ma, “Sadie is On Fire” and “special guest star,” Pablito.

Not mentioned in the credits: Home Depot and Chevrolet.

But this being Milo, he listed his wardrobe choices as well as how much each item cost:

Smoke ’em if ya got ’em: Marijuana is now legal in Maine

Thailand is considering a separate prison for LGBTQ inmates