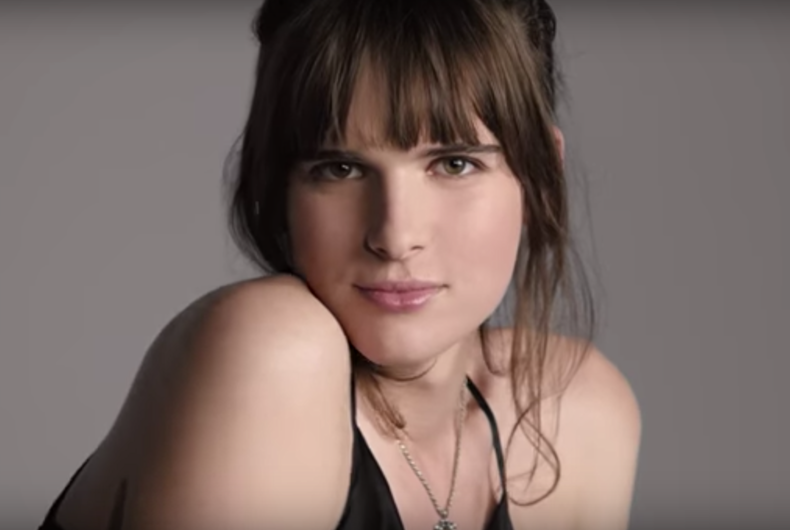 Hari Nef is the first out transgender person to appear in a L'Oréal ad campaign.Photo: L'Oréal via YouTube

Model Hari Nef stars in a L’Oréal campaign that debuted during the Golden Globes, making her the first transgender model to say the brand’s tagline: “Because I’m Worth It.”

As part of a campaign that highlights diversity — including a range of ethnicities, languages, and genders —Nef describes her Eastern European heritage and pale skin tone.

“Skin is the first thing you see,” Nef says, her fingers tracing her smooth jawline. “Just being seen in your skin can be so vulnerable.”

Nef was previously featured in an ad for H&M and has starred in the award-winning Amazon series “Transparent.”

“It’s exciting to see Hari Nef included in L’Oréal’s new campaign, especially saying the brand’s iconic tagline ‘I’m worth it,’” Nick Adams, director of GLAAD’s Transgender Media Program, told Yahoo Beauty. “It’s important that the public sees transgender people in all types of media, and that includes advertising. This year we’ve seen brands like Nike, H&M, Clairol, Make Up For Ever, and others spotlight transgender people who have compelling stories.”

Adams added that this visibility is especially important because only 16 percent of Americans know someone who is transgender personally.

“It’s important that media outlets and companies like L’Oréal share the stories of transgender people so that everyone can see that we exist and are part of the fabric of everyday life,” Adams said.

Nef is joined in the ad by male model Darnell Bernard, who says in his part of the campaign that True Match makes him feel “fab” and “fierce.” Bernard is L’Oréal’s first male model, and joins fellow trailblazers like CoverGirls’ Cover Boy James Charles and Maybelline’s Manny MUA.

Watch the full ad, featuring all the models, below.