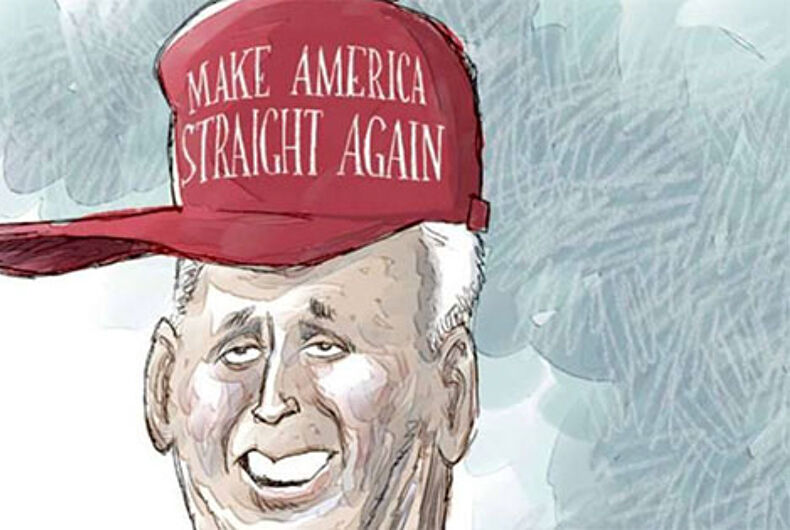 The activist group known as DC Welcoming Committee is planning protests to coincide with the inauguration of Donald Trump and Mike Pence, but none more fabulous than Wednesday night’s queer dance party planned outside the Chevy Chase, Maryland home of the vice president-elect.

So far, 527 Facebook users have pledged to participate, with 2.3 thousand others indicating they’re interested in the event.

The online invitation to the masses claims the whole idea was Pence’s, which is unverified but also highly doubtful.

“The homo/transphobic Mike Pence has graciously invited us to shake our booties and bodies in front of/around his house in Chevy Chase. We plan on leaving behind [biodegradable] glitter and rainbow paraphinalia that he can NEVER forget. #WeAreQueer #WeAreHere #WeWillDance That’s right, get ready to WERK it and tell Daddy Pence: homo/transphobia is not tolerated in our country!”

“Bring your flyest rainbow gear and your booty/body shaking skills!”

The party is officially co-sponsored by WERK for Peace and the DC Welcoming Committee’s DisruptJ20 arm, and invites all to congregate at the Friendship Heights Metro station at 6 p.m. Wednesday, to either carpool or dance their way to Pence’s home, which is of course already protected and safeguarded by the U.S. Secret Service. It’s unclear how close the dance party event will in reality be permitted, if at all.

Click here for information and to indicate your interest or attendance.