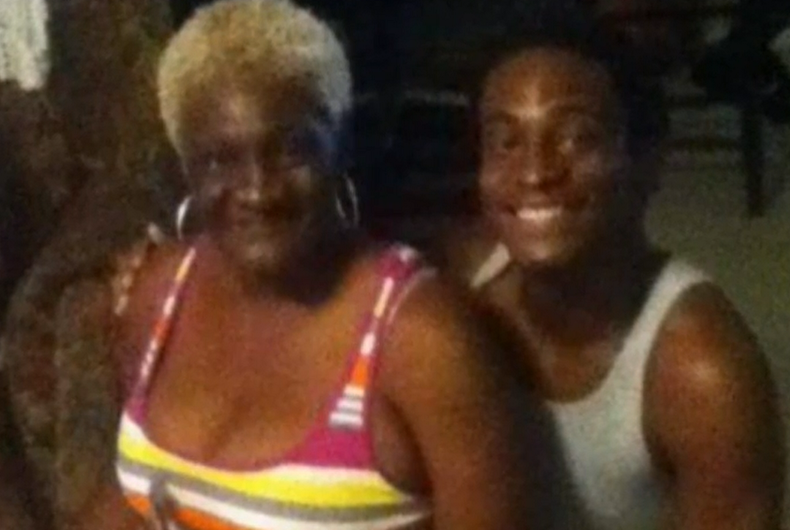 Dantae Lampkins was last seen with his mother on Tuesday.Photo: Screenshot

A gay man was found beaten and dead last Thursday in Tampa, Florida.

Dontae Lampkins, 25, who was openly gay, disappeared Tuesday night. “I kept telling my mom something’s not right. He should have been back by now,” his sister Devada Carlton told Fox 13.

His body was found on Thursday, with “upper body trauma.” Police are not releasing other details and have not made any arrests.

Lampkins’s family believes it was an anti-gay hate crime. “He was him. He was himself,” Carlton said. “His sexuality meant everything to him. It’s either ‘Be who you are’ or ‘Don’t be no one at all.'”

“To have something that would qualify as a hate crime, first of all, we would need to know who did it, we’d need to know something about the motive and a little bit more about exactly what happened,” said Tampa Police spokesperson Steve Hegarty.

Another gay man was found beaten to death in the same neighborhood three weeks prior. Bill Denham was left dead in the street, but there haven’t been any arrests and it is unknown whether the crimes are related.

“He always told us if something should ever happen to me, don’t cry. Don’t cry,” Carlton said. “We’re going to celebrate him. As he would say, ‘Turn up!'”