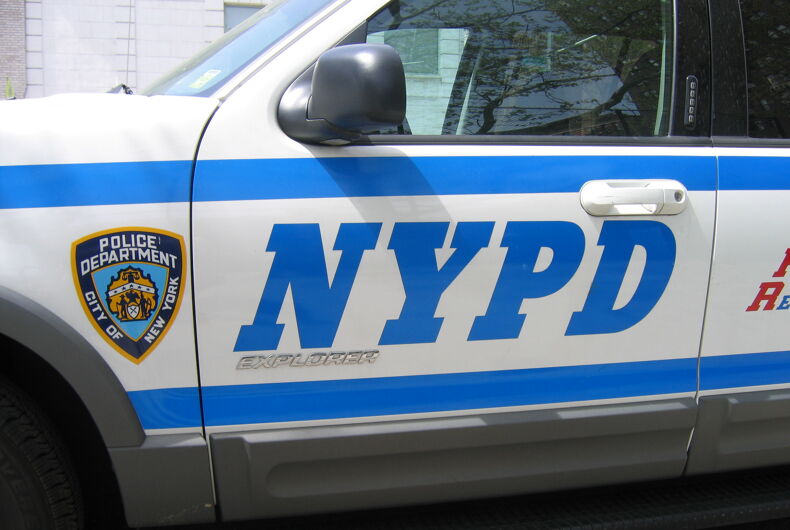 Raymond Parker applied for a position as a police department technician in 2013 and was given a conditional offer of employment, prosecutors said. He underwent a background check and medical tests, which disclosed he had HIV, the virus that causes AIDS.

The police department, the largest in the nation, requested further blood tests. Parker received a notice of medical disqualification for the position because of his “HIV low CD4 count,” according to papers filed with the lawsuit. The CD4 cell count is a measure of health in people with the virus. The higher the count, the healthier the person is.

The lawsuit said Parker, 60, was qualified for the job, which includes serving as emergency call dispatcher and performing clerical and administrative work, according to the job posting filed with it.

“The NYPD did not have a legitimate non-discriminatory reason for failing to hire Parker,” the lawsuit says.

Parker filed a discrimination claim with the U.S. Equal Employment Opportunity Commission, which found “reasonable cause to believe that the allegations of discrimination on the basis of disability were true.” The EEOC couldn’t quickly broker a resolution and referred the case to the U.S. Department of Justice, which filed the lawsuit Tuesday.

The lawsuit seeks compensation for Parker, who’s from Brooklyn.

The city’s Law Department said on Thursday the lawsuit was under review. The police department didn’t comment on the case.

Parker told the New York Post he received paperwork offering him a job and retroactive pay and signed paperwork in the case on Wednesday. A judge hasn’t agreed to any settlement.

What ‘Hidden Figures’ can teach the LGBTQ community