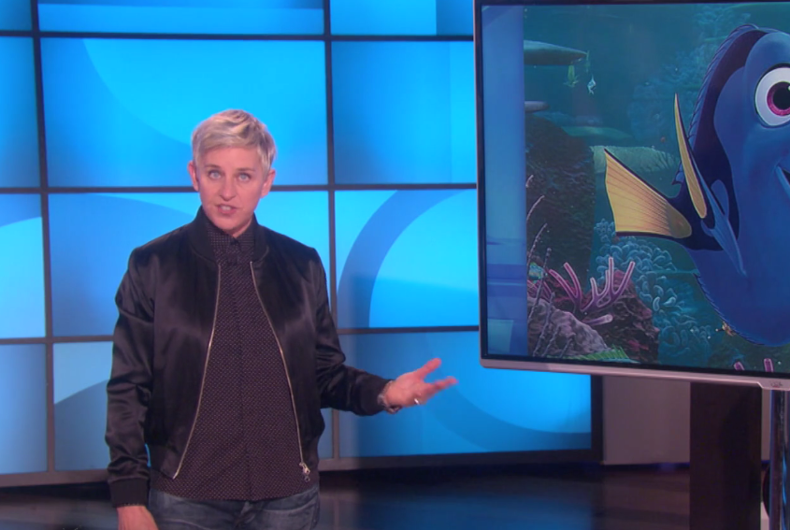 Finding Dory was screened at the White House the day after Trump issued his Muslim ban.Photo: Screenshot

Ellen started by saying she doesn’t “get political” after mentioning that her film Finding Dory was screened at the White House.

She explained, “Dory arrives in America with her friends Marlin and Nemo. She ends up at the Marine Life Institute behind a large wall. They all have to get over the wall and you won’t believe it, but that wall has almost no effect in keeping them out.”

Ellen concluded: “Even though Dory gets into America, she ends up separated from her family, but the other animals help Dory. Animals that don’t even need her. Animals that don’t have anything in common with her. They help her, even though they’re completely different colors. Because that’s what you do when you see someone in need – you help them.”