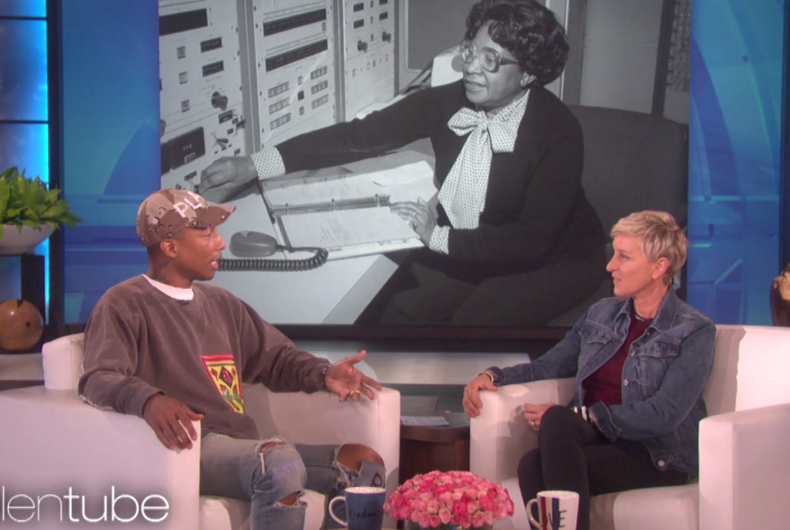 Ellen Degeneres talked about why she cancelled gospel singer Kim Burrell’s appearance on her show today.

Burrell was scheduled to sing “I See a Victory” with Pharrell on The Ellen Show before video surfaced of Burrell engaged in a homophobic tirade. On Tuesday, Ellen announced on Twitter that Burrell would not appear on her show.

Today Ellen explained why she cancelled Burrell’s appearance: “I actually didn’t know her, her name is Kim Burrell. She made a statement she was doing a Facebook Live and she said some very not nice things about homosexuals so I didn’t feel that was good of me to have her on the show to give her a platform after she was saying things about me.”

“I say it all the time, you know, when I say ‘Be kind to one another,’ I feel that,” she continued. “As someone who has received a lot of hate and prejudice and then discrimination because of who I choose to love, I just don’t understand anyone who experienced that kind of oppression or anything like that, how… It only gives me more compassion. It gives me more empathy. I want everyone… I don’t ever want anyone to feel hurt because they’re different.”

“There’s no space, there’s no room for any kind of prejudice in 2017 and moving on. There’s no room,” Pharrell said. “I love her, just like I love everybody else and we all got to get used to that. We all have to get used to everyone’s differences and understand that this is a big, gigantic, beautiful, colorful world and it only works with inclusion and empathy. It only works that way.”

Will Obama’s greatest accomplishment be his record on LGBT rights?