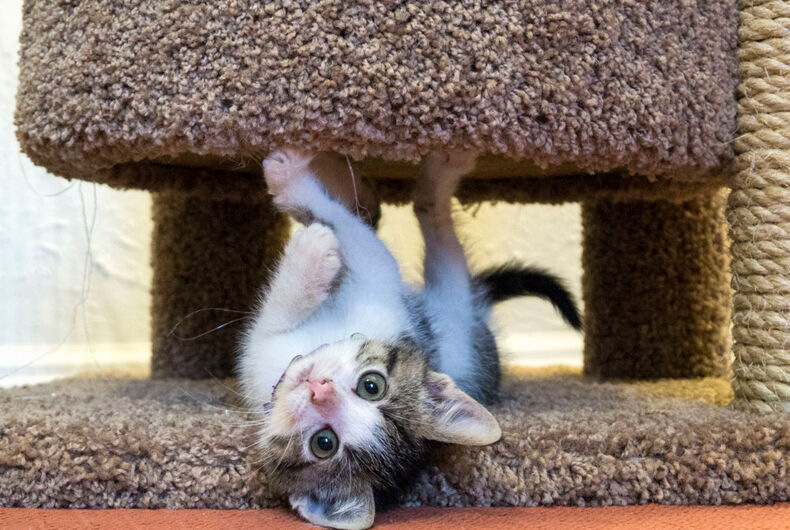 While it may seem like everyone’s tuned into coverage of Donald Trump’s inauguration — even if only because they can’t look away — there are alternatives.

Check out these other viewing options and let us know what you’re tuning into.

Fans of the annual Kitten Bowl (an alternative to that big sports ball game) may be disappointed that there is no Kitten Inauguration, but the live stream of Kitten Academy is the next best thing. Kitten Academy (“Where Kittens Learn to Cat”) feature views of kittens in multiple rooms frolicking, pouncing, and of course, napping. No speeches, no B list celebrities, just adorable kittens. Better yet? The “academy” is affiliated with an Illinois animal shelter trying to find these cats their forever homes.

If you’re still basking in the Hamilton cast’s response to Mike Pence, you’ll want to check out the star-studded “Concert for America,” which kicks off at 3 pm ET and features Rosie O’Donnell among other big names. The event is a celebration of diversity that raises funds for Planned Parenthood, the NAACP, Southern Poverty Law Center, Sierra Club Foundation, and the National Immigration Law Center.

Need a little inspiration for the years ahead? Try watching, or re-watching, a story of struggle. Catch “Hidden Figures” in the theater and learn from the brilliant black women at NASA who fought racism and the Russian space program, stream “How To Survive a Plague” on Netflix, or watch Sylvia Rivera’s moving “Y’all better quiet down” speech in 1973.

You’re not alone: Watch the Trump inauguration with us

Trump has been sworn in as America’s 45th President