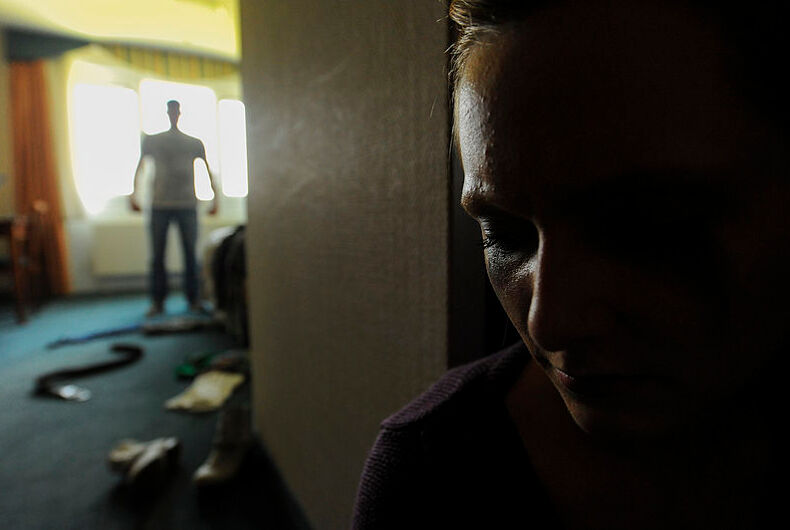 Russia is moving forward with a bill that would decriminalize domestic violence, which recently passed its first reading in Russia’s State Duma.

With 368 lawmakers voting in favor of the legislation, with only one member voting against and one abstaining, it seems likely to pass subsequent readings. If it does so, it will then head to the Federation Council for approval. If it passes that stage, it would head to President Vladimir Putin for his signature.

The bill would move the charge of “battery within families” from a criminal act to a misdemeanor punishable by a fine so long as the beatings took place no more than once a year, reports The Moscow Times.

The legislation was authored by conservative lawmaker Yelena Mizulina, who also authored the gay propaganda law, which bans providing information about homosexuality to minors.

She began the fight to decriminalize domestic abuse in 2016, after Russia decriminalized other forms of assault and battery that do not result in bodily harm and also reclassified violence in families to be on equal footing with hooliganism and hate assaults as a criminal offense that is to be investigated and prosecuted by the state, according to The Moscow Times.

The Russian Orthodox Church issued a statement saying that “if reasonable and carried out with love, corporeal punishment is an essential right given to parents by God.”

Mizulina also believes it is a parent’s “right” to beat their children, further arguing that the current state of the law is “anti-family.”

According to official Russian government statistics, believed by many to be under reported, 40 percent of all violent crimes are committed within the family. This correlates with 36,000 women being beaten by their partners every day and 26,000 children assaulted by their parents every day.

“These lawmakers believe that fines for domestic tyrants is better than criminal liability,” wrote activist Alyona Popova on Facebook.

“These people didn’t propose legislation that would improve the court system or the law enforcement, they just supported transferring liability into fines. It means that an offender will now beat [his relatives] and pay a small fine.”

Mizulina has also said that the phrase “gays are people too” should be considered potentially extremist by the Federal Service for Supervision of Consumer Rights Protection and Human Welfare. She has also voiced support for taking children away from gay parents.