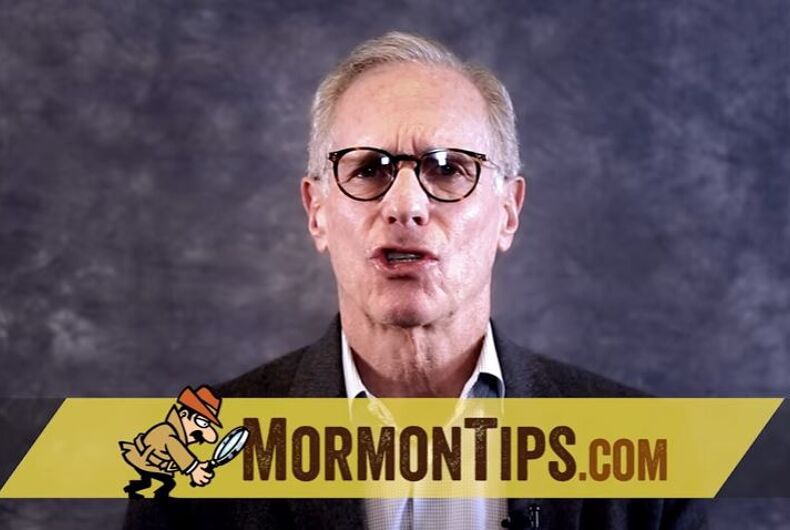 Comcast has agreed to air a commercial going after the Mormon Church’s tax exempt status due to their involvement in California’s Proposition 8 Campaign against same-sex marriage in 2008.

The ad, produced by gay rights activist Fred Karger, will be seen by thousands of people in the Salt Lake City area, and asks those with information or church documents to come forward and help them “uncover the vast business holdings, and all the secret political activities, of the Mormon Church.”

The goal is to prove the church engaged in tax fraud, which would then be used as evidence to file a complaint against them with the government.

Karger, the first openly gay candidate for president in a major party, launched a website via his nonprofit group Rights Equal Rights, called MormonTips.com, where whistleblowers can share any information they may have regarding these activities.

Comcast asked for substantiation of five claims made in the ad. Karger’s organization was able to prove four.

The claim that the church has over $1 trillion in assets will be modified to say something to the effect that it is believed to have that much in assets.

“For the one unsubstantiated claim, they agreed to modify the statement/visual,” Comcast said in a statement last week. “We are waiting for them to send us a revised 30-second ad to review.”

Karger, who worked on the campaigns of Ronald Reagan and George H.W. Bush, told The Salt Lake City Tribune that he said a Provo cable channel has already been running the ad and that he said he has been receiving tips but has not yet received any internal church documents.

“Somebody has got to fight for these kids. It’s inexcusable, the damage and suffering the church has caused for so many of these families,” Karger has previously said.

Watch the original, unedited commercial below.