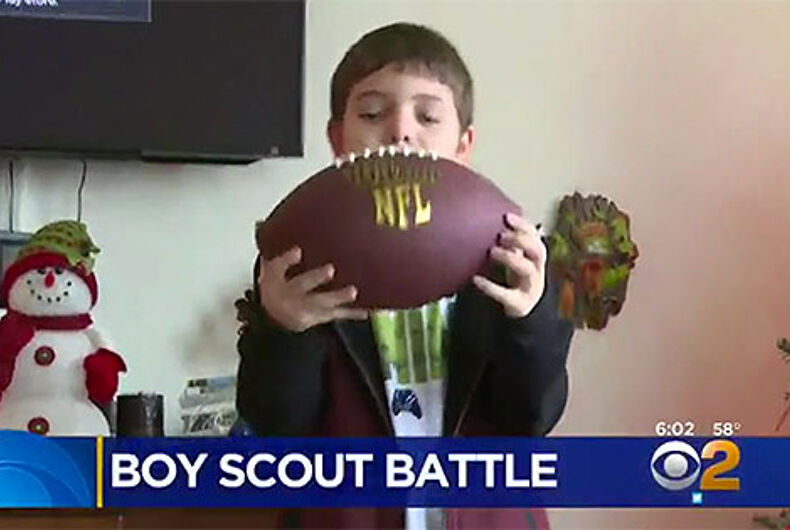 Late Monday, the Boy Scouts of America changed its position on transgender children like Joe Maldonado, 8, of Secaucus. New Jersey, who was suing because his troop kicked him out for being trans.

A spokeswoman said the new policy will allow trans children who identify as boys to enroll in its boys-only programs.

The organization announced it will now base enrollment in boys-only programs on the gender a child or parent lists on the application to become a scout. Previously, the Cub Scout troop Maldonado belonged to requested a copy of his birth certificate before telling his mother he could no longer participate.

A BSA spokeswoman told the Associated Press it made the decision based on how gender is being defined in states and communities across the country.

In December, the former scout told The Record, “It made me mad. I had a sad face, but I wasn’t crying. I’m way more angry than sad. My identity is a boy. If I was them, I would let every person in the world go in. It’s right to do.”

Maldonado’s mother said she was asked in a phone conversation if she would produce a birth certificate for Joe, after parents of other scouts complained about her son. “Not one of the kids said, ‘You don’t belong here,’” said Kristie Maldonado. An official said her son was kicked out because he did not “meet eligibility requirements.”