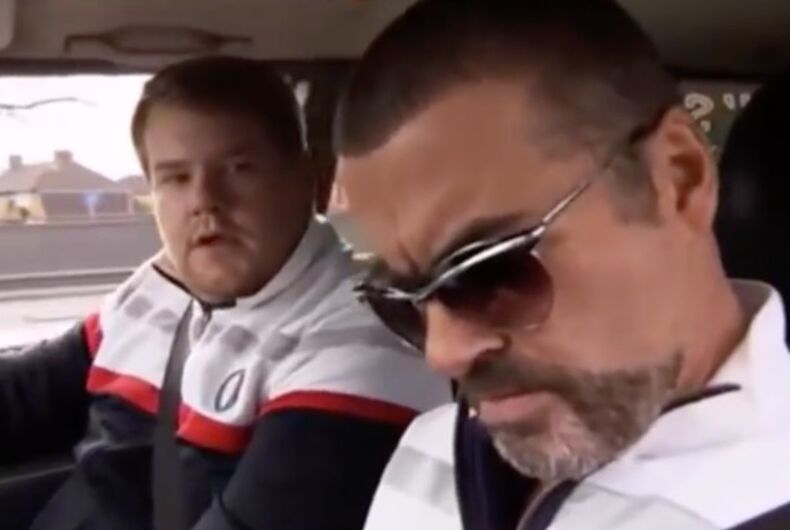 The Late Late Show’s James Corden has taken television and the internet by storm lately with his “carpool karaoke” segments featuring everyone from Madonna to Michelle Obama. But before the star had his own show on American TV, he had a gig doing a sketch on a 2011 British telethon that birthed the popular segment.

His first guest for a drive-along sing-along? The now-deceased George Michael.

During an interview with Howard Stern about the segment’s surprise popularity, Corden credited Michael with launching the bit’s good natured frivolity.

“We couldn’t put our finger on why is this so joyful? There’s a joy in here. We couldn’t really work out why,” Corden said.