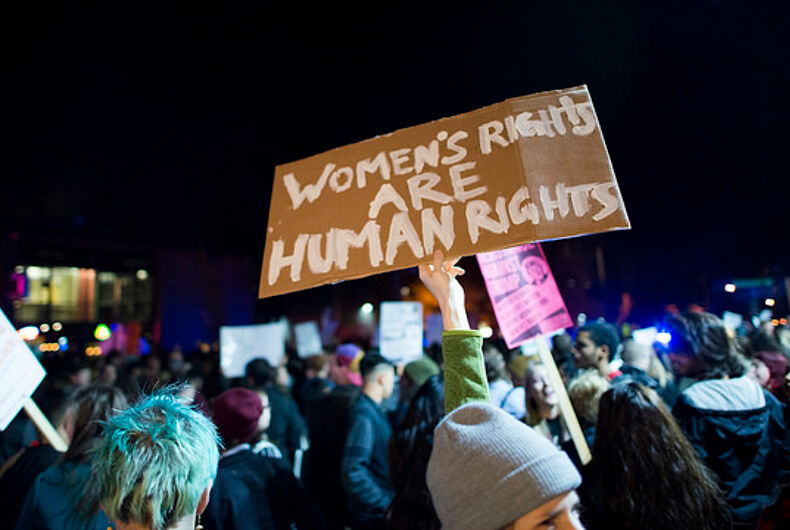 The Donald Trump transition team has sent a memo to the State Department asking for information on programs and jobs aimed at promoting gender equality.

The request has caused concern among State Department employees that the incoming administration might role back advancements in the area of women’s rights, as well as possibly on LGBTQ rights as well. Both were key areas of interest by former Secretary of State Hillary Clinton.

The New York Times received a copy of the one-page memo on Thursday, and report that it directed employees to outline “existing programs and activities to promote gender equality, such as ending gender-based violence, promoting women’s participation in economic and political spheres, entrepreneurship, etc.”

It also asks for a list of positions “whose primary functions are to promote such issues,” although not the names of those individuals, as well as how much money was directed toward gender-related programs in 2016. An official with the United States Agency for International Development told The Times they too received a copy of the memo.

While the memo did not specifically refer to programs focused on LGBTQ rights, The Times reports some employees are concerned that they could also be attempting to gain information on those efforts.

The memo comes on the heels of a previous request sent last week by a member of the Trump transition team asking the Energy Department for the names of all department officials who worked on the Paris climate change accord, which they refused to do.

The Trump transition team later said that the questionnaire was not sanctioned and not standard protocol, disavowing it. They did issue the memo to the State Department, and they did comply, feeling compelled to do so since names of employees were not specifically sought, The Washington Post reports.

“It’s not clear to us what the intent is behind this request,” an official said, speaking on the condition of anonymity. “The Trump team could be looking to advance gender issues and make it a priority — or you could look at it as a witch hunt.”

“These types of requests send a cold chill through the Department and career diplomats dedicated to their work and service to the country,” another State Department official said. “It’s devastating to morale.”

“Transition officials need to explain, immediately, why this alarming demand was made,” Eliot Engel, the ranking Democrat on the House Foreign Affairs Committee, said. “It’s troubling that the Trump transition team seems to be singling out this issue and those who work on it. Last week, my colleagues and I sent a clear signal that we wouldn’t tolerate the targeting of State Department employees by the next Administration.”

The State Department press secretary, John Kirby, suggested that concerns may be overblown.

“Having gone through a transition myself a few years ago, without getting into detail, I can tell you that the kinds of things, the kind of material, the kind of information that they are asking for is very much in keeping with what I’ve seen in at least the one previous presidential transition that I have lived through when I was at the Pentagon,” Kirby told reports on Wednesday.

The memo was sent the same day Trump named Kellyanne Conway, who managed his campaign, as counselor to the president.