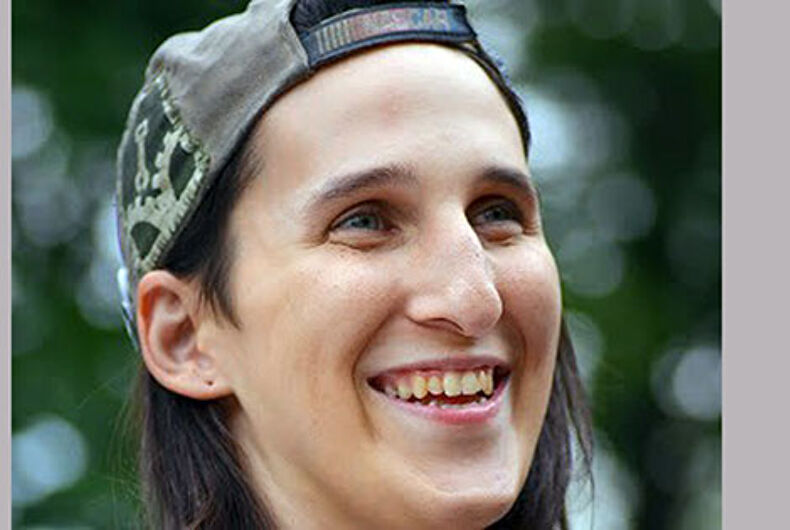 Feral Pines proved to be as complex in death as she was in life as friends and family struggled this week to settle on the correct name to remember the victim of the Oakland warehouse party fire killed along with 35 others.

Pines, a 29-year-old transgender woman who recently moved to the San Francisco Bay Area, was born in Connecticut in 1987. Relatives largely knew her by her middle name, Riley, which she asked them to call her after college.

But her death set off a storm of grief combined with anger, as friends called news media outlets and government officials to insist she should be named and mourned in death as Feral Pines, the name she used with them, illustrating the difficulty of identifying victims who have not officially changed their names. They especially objected to the use of the first name she was given at birth.

Two other transgender women died in the fire, and only one had legally changed her name.

“It takes an immense amount of labor on the part of an individual trans person to get people to recognize who you are and to respect who you are,” said Scout Wolfcave, executive director of the Trans Assistance Project and a friend of Pines.

For transgender people, names given at birth may be “something you try to leave behind, and to have people drag that up in a moment you can’t defend yourself it’s painful. It’s painful for friends.”

In the wake of the fire, gay, lesbian, bisexual and transgender organizations have called on media outlets refer to transgender people by the name and gender with which they identify or identified.

Proper naming is critical because it validates the way people who have died lived and saw themselves, said Alex Schmider, senior strategist for transgender media with GLAAD, a group that monitors media and advocates for gay, bisexual and transgender people.

Yet that may not always be easy when friends disagree on acceptable names, or parents insist on another name even if they accept their child is transgender, he said.

“It is a complicated issue,” Schmider said. “It’s a case-by-case basis, and we don’t always have as much information as we would like.”

A legal name and gender change would decide the issue, but people frequently do not have the money or time to embark on the effort, said Sasha Buchert, staff attorney at the Transgender Law Center in Oakland. It can take up to nearly a dozen forms and at least $450 for a court order to start the lengthy and complicated process, she said.

“The fees around paying for this process are often out of reach for folks who are experiencing high rates of employment discrimination,” she said. “It’s very complicated.”

In California, next of kin decides the name that goes on official reports absent other documentation, said Tiffany Woods, a transgender services consultant who worked with Alameda County Sheriff’s Office on the best way to identify those who died in the fire.

“Everyone’s been proactive and having these intense conversations about doing the right thing,” she said.

Of the three transgender victims, Cash Askew, 22, was the only one who had changed her name legally. She was an Oakland musician and part of the band Them Are Us Too.

Em B, also known as Em Bohlka, was remembered as a caring person and poet who traded Kurt Vonnegut quotes with her father.

“Em was transitioning into a beautiful, wonderful, happy woman,” Jack Bohlka, her dad, wrote in a text message to The Associated Press. “I only wish she had more time to complete her transition. It was so wonderful to see her becoming who she was meant to be.”

Woods said she has not received complaints about the way Bohlka has been identified.

But she said members of the Fritz family objected after learning that Riley Fritz was initially identified solely as Feral Pines, 29, in a city list of names confirmed as those who died in the fire.

The official city list of the dead now lists her legal birth name, which friends say she abhorred. It also says she lived her life as Riley Fritz. The name Feral Pines has been removed.

Brother Ben Fritz said Riley was the name she asked him and other relatives to call her, but described her as a complex person and said he also knew her by other names, including Feral Pines and Fyrah.

He remembered his sister on Friday as someone who could turn a discussion about what to eat into a talk about the politics of veganism.

“She saw everything in more sophisticated ways than most people,” he wrote in an email.