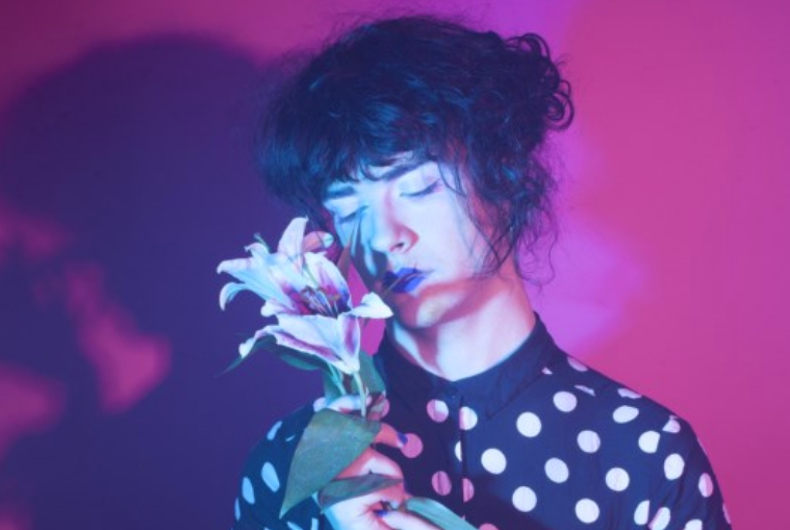 Authorities confirmed that at least 36 people died after a fire broke out in an Oakland warehouse-turned-artists’ community Friday night. Some of the victims are believed to be members of the LGBTQ community.

Transgender musician Cash Askew, 22, of dream-pop band Them Are Us Too was one of 11 victims identified by authorities as of Monday morning. According to Scout Wolfcave, founder of the Trans Assistance Project, two other trans women are also feared among the deceased: Feral Pines and Em Bohlka.

Other LGBTQ artists and attendees are still missing, and CNN reports that members of the transgender community are assisting law enforcement in identifying victims.  The Trans Assistance Project is raising funds to help with the funeral expenses of trans women who died in the fire.

By the time crews stopped working Sunday night due to safety concerns, 36 bodies had been removed from the wreckage. Oakland Batt. Chief Melinda Drayton told ABC 7 that they had searched approximately 70 percent of the building and crews were anxious to continue searching despite the risk. While authorities expect the death toll to rise, they said they didn’t know when they’d be able to re-enter the building, which was starting to lean, on Monday.

No survivors have so far been found inside the building. That fact, combined with a list of people still unaccounted for, has some preparing for the possibility that their friends and loved ones didn’t make it out alive.

“It just doesn’t seem that that’s a fire that’s survivable,” Southern California artist Anneke Hiatt told CNN, “so the reality, I think for a lot of us, is beginning to set in.”

In the wake of the tragedy, members of queer and creative communities are saying, “It could have been us.” Spaces like the converted warehouse known as the Ghost Ship have long served as a refuge for artists on the margins.

Folk musician Kimya Dawson explained that these spaces, often criticized as unsafe, actually save lives by providing a place for the marginalized to gather and share art and music:

So we meet in warehouses. Where we can just love on each other and escape from all the scariness and sadness. We take care of each other in our unsafe spaces that can feel so much safer than your safest spaces. Imagine you were on a sinking ship. And there is only one lifeboat. And someone screams that there is a chance the lifeboat might tip over. You’ll take that chance.

If I hadn’t had people inviting me to their unconventional venues over the years I would have been dead a long long time ago. We’re not trying to put each other in danger. We are trying to save each other’s lives.

KQED’s Gabe Meline echoes this sentiment, noting the protective role these underground spaces play for those who feel unwelcomed by the world at large:

In a world that demands its inhabitants to be a certain way, think a certain way, or live a certain way, we gravitate to the spaces that say: Welcome. Be yourself. For the tormented queer, the bullied punk, the beaten trans, the spat-upon white trash, the disenfranchised immigrants and young people of color, these spaces are a haven of understanding in a world that doesn’t understand — or can’t, or doesn’t seem to want to try.

As many as 100-200 young people may have been gathered in the makeshift music venue to see DJ Golden Donna as part of a show put on by record label 100% Silk. The converted warehouse, known as the Ghost Ship, served as a live-work space for artists and an occasional venue for electronic music and other performances. The building’s first floor consisted primarily of living and studio spaces, while the second floor hosted the performances.

The only access to the second floor was by way of a staircase built into the wall using pallets and other assorted lumber. Images on the venue’s website show rooms filled with tapestries, rugs, musical instruments, art, and other personal belongings. People familiar with the space said they can’t imagine a crowd exiting the space quickly under calm circumstances, let alone during a fire that witnesses said grew quickly.

Though the building served as a home, work space, and entertainment venue, it did not have legal permits for residency or public events, and was under investigation by the city for multiple code violations.

Officials have not identified the fire’s cause and have arson investigators on hand as a precaution. Accounts from witnesses and former residents suggest that it may have been sparked by an electrical issue.

Some have criticized the building’s owner — who also lived in the warehouse with his wife and children — for failing to heed warnings about the building’s fire safety. The building did not appear to have smoke detectors or fire sprinklers, and at least one survivor reported he was unable to get a fire extinguisher to work. Others have suggested that blame rests with the Bay Area’s housing crisis, which has pushed artists and others out of safer housing.

At a Sunday afternoon news conference, Alameda County Sheriff’s Sgt. Ray Kelly said that the deceased also include teenagers and a deputy’s son.