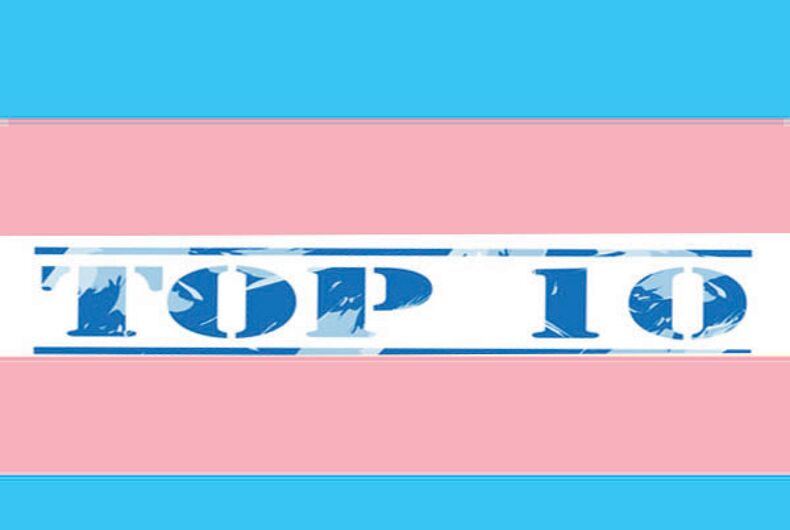 2016 was the year that “transgender” crossed from the unique and rare into topical conversations across the country, and around the world.

It wasn’t the usual suspects — Caitlyn Jenner, Laverne Cox and the Republicans who enacted North Carolina’s House Bill 2 — that propelled gender identity into the mainstream, but a number of outstanding, unsung heroes, individuals whose actions changed the way trans people are seen and heard.

The top ten transgender stories of 2016 prominently feature bathrooms (duh), selfies (but of course), and the danger of self-harm — which is not unexpected, given that trans people consider or attempt suicide at a rate far higher than the general population. But many of the top ten also feature hope, resilience, and perseverance against adversity.

So which ones made the list? Check them out below, in order of popularity.

5 ways LGBTQ people should get ready for 2017