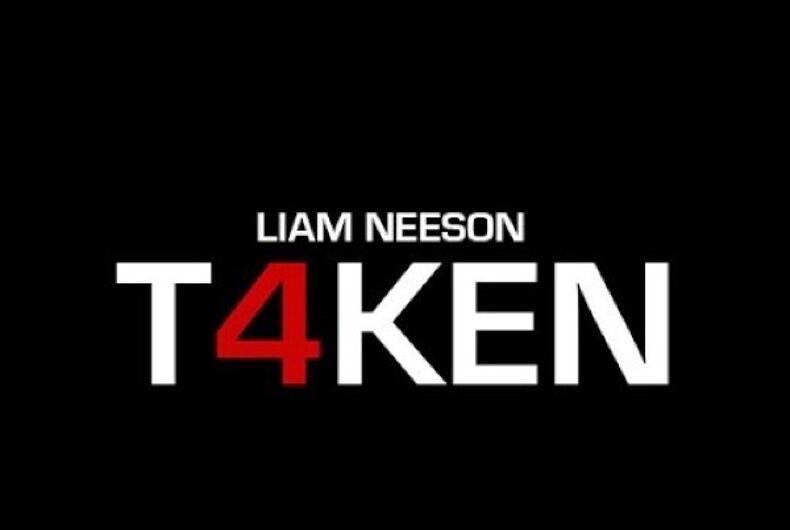 The newest installment in the English-language film franchise, Taken, will arrive during the month of January 2017 in general release in U.S. executive offices, legislative sessions, and judicial hearing rooms near you throughout the country.

The film begins as the Democratic Party suffers crushing defeats in the 2010 “off-year” elections in which the Party lost many seats to the Republicans in state legislatures and in gubernatorial offices, and failed to maintain its majority in the U.S. House of Representatives.

Though the Republicans had taken most of the previous Democratic Party’s majorities, following its overwhelming victories, the Republicans also excised the Democrats’ determination for battle.

Supporters of the Democrats had great hopes when the 113th Congress proposed and passed its highly controversial H.R.2433 “Stem Cell Research Advancement Act of 2013,” which required the Secretary of Health and Human Services “to conduct and support research that utilizes human stem cells, including human embryonic stem cells.”

With the passage of this bill thought many supporters in progressive politics, now the Democrats will regrow their determination. This was not to be, however, for the Republicans had taken and hidden away their rivals’ entire determination and their will in their totalities.

Seeing the victory of Donald J. Trump and his proposed cabinet hires and ambassadorships as further abduction by far-right-wing Republicans from the Democrats and the very democratic process itself, ex-covert CIA operative Bryan Mills (Liam Neeson) springs into action to rescue the Democrats’ determination from their captors.

Mills had undertaken extensive training beforehand by the concerned and committed people of the “Moral Mondays” movement in North Carolina, who have continued their inspiring organizing efforts to this day by countering Republican state legislators’ sinister grab for power to systematically take responsibilities and constitutional duties from the incoming Democratic governor, Roy Cooper.

In a series of secret meetings held in darkened U.S. House and Senate basement offices, and covertly by using coded language in the Congressional gym, Mills seizes the captives’ attention using the time-tested method of the “pep talk” telling them that the fate of the country hangs on their renewed determination.

Quick on their heels, Republicans attempt to snatch Mills from the Democratic hostages. Throughout the halls of Congress, Mills runs into the corridors of power dodging left, and then left, and then left again to outwit his adversaries.

Watching Mills, eventually the hostages understood why the electorate voted for them. They emerged from their imprisonment while turning left. And as they do, they feel the regrowth of their determination and their will returning intact and stronger than ever before.

Taken 4 opens soon everywhere only if The People take individual and collective actions in their local communities and nationwide, support and contribute to local, state, regional, national, and international progressive groups and organizations, support progressive elected officials, vote for other progressives in upcoming elections, and possibly throw your own hat in the proverbial ring.