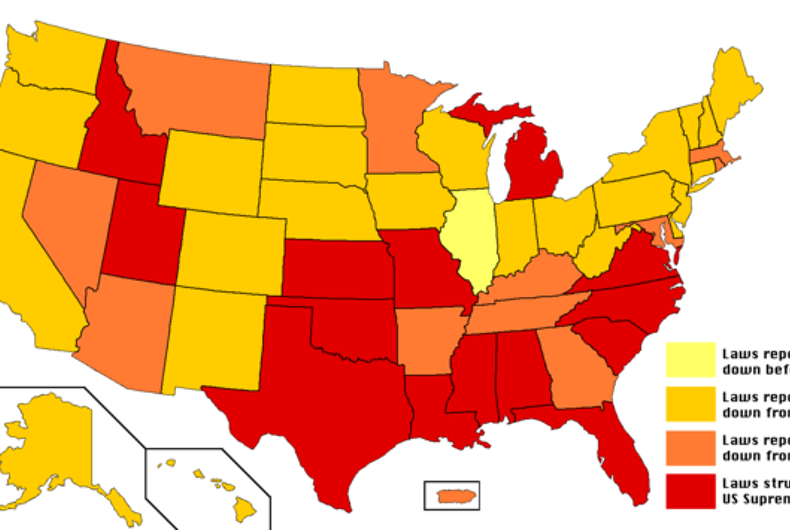 Sodomy laws were struck down as unconstitutional by the 2003 Supreme Court ruling Lawrence v. Texas, but in many states they remain on the books. Texas itself is one such state that keeps language on the books outlawing homosexual sex acts.

“A person commits an offense if he engages in deviate sexual intercourse with another individual of the same sex,” the language reads, now crossed out to indicate it has been repealed.

Rep. Joe Moody wants to do away with it altogether in order to prevent anyone from being arrested and prosecuted under the now overruled law, putting forth House Bill 96.

This is not a totally unfounded fear. After efforts to do away with Louisiana’s sodomy law failed in 2014, two men were arrested under it the following year. The charges were thrown out and Baton Rouge Police Chief Carl Dabadie issued a reminder to officers to stop arresting people under the no longer enforceable law.

As a gay Jewish man, I didn’t do enough to help the people of Aleppo

UPDATED: Oxford students told to use gender neutral ‘ze’ instead of ‘he’ or ‘she’