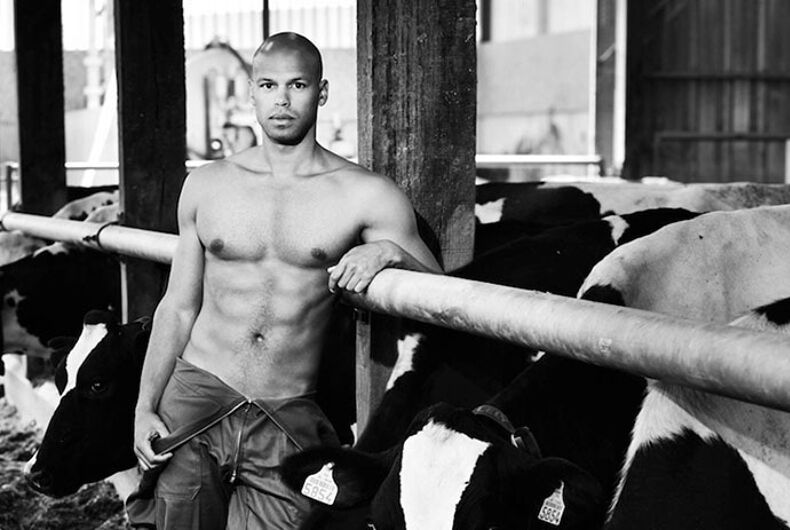 In case you missed it, a calendar was released of “sexy” French “farmers.” Or at least that’s how the online media described it.

Cosmopolitan called it a calendar of “impossibly” sexy farmers. The Huffington Post just quoted some of the advertising copy saying that the men were happy to pose for the calendar.

Well, of course. They are professional models. It’s their job to pose for the camera.

French Buzzfeed did a couple minutes of investigating and found that these men aren’t farmers at all. In fact, one of them has worked with photographer Fred Goudon before, and another appeared on a reality TV show.

When I first saw these pictures appear in my Facebook feed, it seemed a little off. I live in France and frequently visit the country and know a few French farmers… and actual farmers don’t actually look like these men. They don’t have hours to spend in the gym every day getting huge deltoids, they don’t have soft skin and fancy haircuts, and they don’t stand around in their fields pouting.

I’m looking at these pictures and wondering how anyone can find them attractive, but then I’ve been doing that for years when it comes to male models in mainstream gay media. Their pictures don’t make them look very human, and, on a very base level, they just don’t do anything for me.

The photographer who created the calendar called farming “a profession that sometimes lacks recognition.” So he chose to take pictures of non-farmers who don’t look like farmers not engaged in anything resembling farming as an “hommage” to farming.

What better way to recognize workers than to take pictures of people with a completely different job?

Check out some examples from the calendar below.

That ‘Leave Britney Alone!’ guy from 2007 wants your attention again