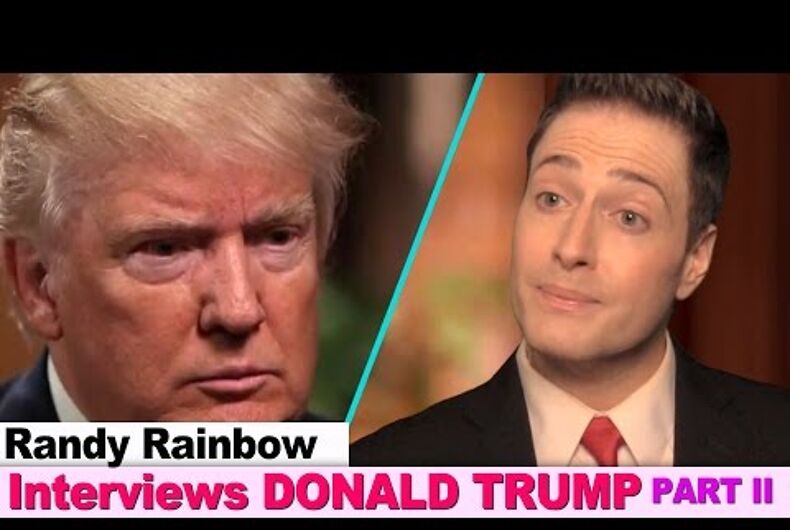 Randy Rainbow, how does he land all these choice interviews? He’s back with Donald Trump, speaking with him one-on-one for the first time since his unexpected win.

Rainbow and Trump begin on good footing, agreeing that it must be a typo that he was just elected president before things get testy when intelligence comes up. It’s not the president-elect’s favorite, clearly.

He also inquires about what we as a country have to look forward to under a President Trump.

Then it’s a quick trip to the Trump plane, with the usual cast of frightening characters, from Steve “Banana” Bannon to Ursula. Rainbow, always the thorough reporter, notes that the plane is smaller than expected, much like Trump’s hands.

Watch the video below, and don’t forget to look for Rainbow at the inauguration. If you can see through the disguise.

This friend of our enemy is our enemy: meet a trans woman men’s rights activist