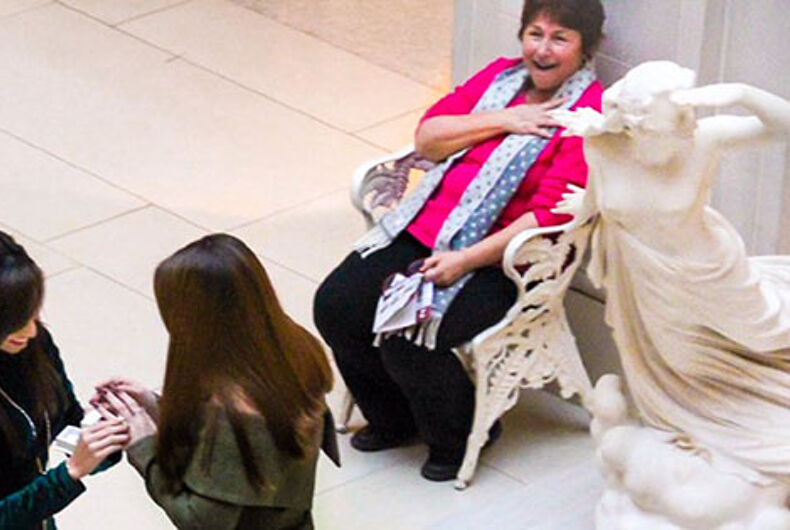 It was just a photobomb in the foyer at the Art Institute of Chicago. But when friends helped Jessica Rodriguez propose to her long-time partner Chelsea Miller, a woman sitting nearby turned a magical moment into something spectacular.

As PinkNews reported, Jessica got down on one knee as friends of the couple appeared holding a giant banner bearing the words, “Will You Marry Me?”

An emotional Chelsea accepted the proposal and onlookers erupted in applause.

But it was the reaction of an unidentified woman just a few feet away that has captured worldwide attention. The couple has been dating since 2012.

Rodriguez told an Australian website, “I don’t think we realised she was there. We were so nervous.

“We were going over the photos my friend Ed Sanchez took [and] we discovered that gem with her sweet reaction.

“It really made that photo even more special.”

Great-grandmothers reflect on 50 beautiful years together