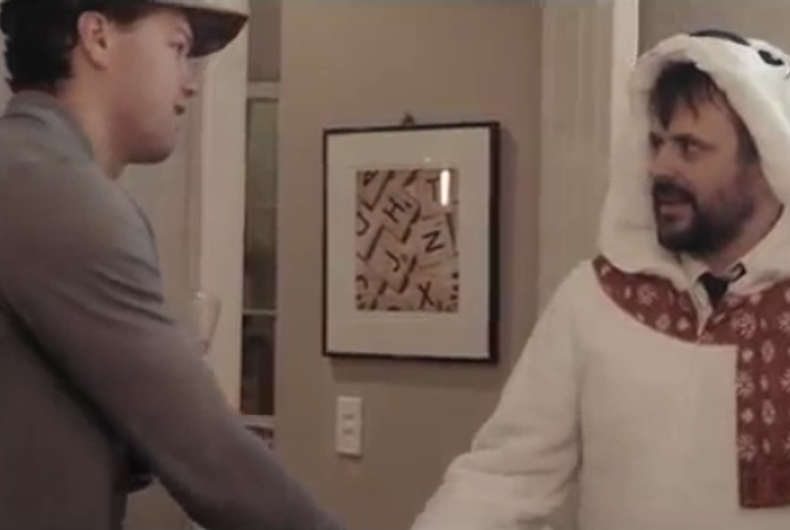 A holiday message of togetherness and unity is nothing new, but in these times, and in a city that feels overwhelmingly polarized, it is anything but an innocuous run-of-the-mill statement.

Professional hockey team the Charlotte Checkers released a Christmas five minute video, called “One Of Us,” featuring a man who loses everything because he refuses to remove a polar bear costume (the Checkers mascot is a polar bear).

He eventually finds his way to a Checkers’ house party. There, he finally finds acceptance.

“In a polarizing time, our film wanted to convey the idea of unity,” Eric Bridenstine, vice president of marketing and creative services for the Checkers, told The Charlotte Observer.

“Checkers officials say the theme of inclusion was motivated in part by the turmoil Charlotte faced this year on several fronts,” The Observer reports, adding, “The team didn’t cite specifics, but that turmoil included several nights of violent protests in uptown, and the financial fallout from North Carolina’s controversial House Bill 2.”

The Charlotte City Council rescinded their non-discrimination ordinance but the North Carolina General Assembly failed to repeal HB2 as expected on Wednesday.

The protests were in response to the police shooting death of Keith Lamont Scott.

Watch the heartwarming video below.