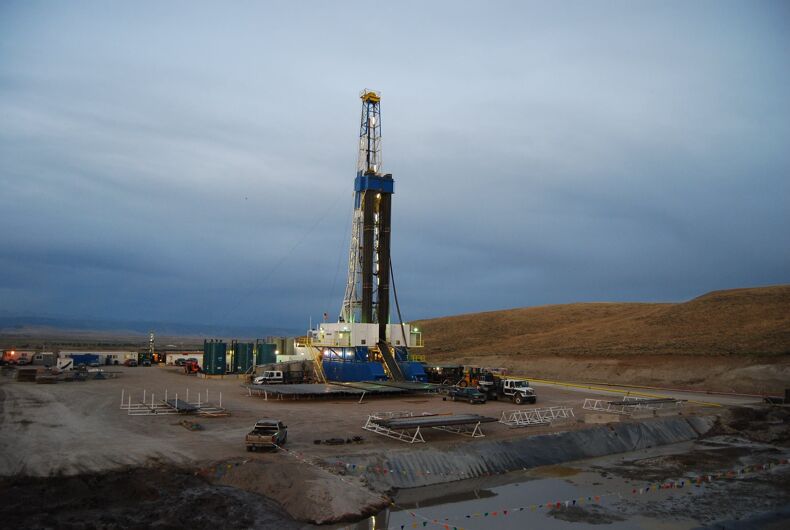 The lawsuit filed Thursday in federal court claims Wyoming-based Rocky Mountain Casing Co. allowed the harassment of Michael Allyn, who worked as a driver at the company’s Williston facility from January 2011 to April 2015. The EEOC says this is the first lawsuit it has brought in North Dakota that deals with harassment over sexual orientation.

Among other things, the complaint alleges that male co-workers used offensive and homophobic slurs, defaced company vehicles with sex-based remarks about Allyn and painted a truck that Allyn was known to use with pink polka dots, hearts and rainbows. Employees also left Allyn pornographic magazines, children’s toys, board games and gave him a hat with a Spanish slang word for homosexual on it, the complaint says.

“It is hard to believe in the 21st century that harassment of this level of severity exists,” said John Hendrickson, attorney for the EEOC’s Chicago District Office, which investigated the discrimination charge. “Unfortunately, it does, and it has to stop.”

A message was left Friday with a representative for Rocky Mountain Casing Co. The representative was out of the office and there was no one available to comment.

The suit says Allyn complained about the conduct to his co-workers and to his managers but no “prompt corrective action” was taken. An attempt to reach a settlement before the lawsuit was filed was unsuccessful, the EEOC says.

The complaint seeks unspecified damages and asks that the company make steps to eliminate its “sexually hostile work environment” and discrimination.

American hospitalized after Berlin terror attack that killed his partner