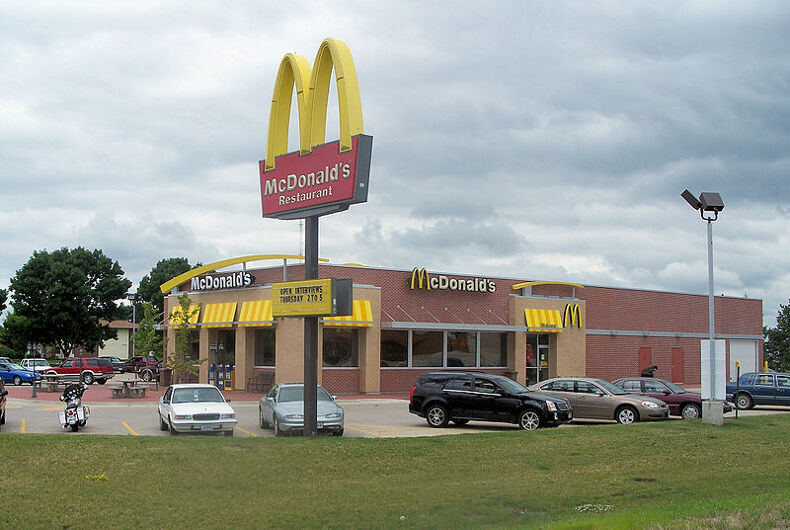 From London comes the shocking story of a police woman who will spend nearly all of 2017 and 2018 behind bars for having sex with a rape victim she was assigned to protect.

It happened on February 24th, when Charlotte Peters was on duty. And what makes it even more sensational is where they decided to hook up: in a stall of a McDonald’s ladies room, where they engaged in sex with one another, and not for the last time.

PinkNews reports it started when Peters, 33, kissed the unnamed victim at a women’s refuge. The rape victim said they had sex four more times, including their “happy meal” encounter.

Peters admitted misconduct but the judge felt it went beyond that, labeling her “predatory.” He sentenced her to 22 months.

At the trial, the victim told the court she had believed she was in love with the officer until she realized the officer already had a girlfriend and there was no hope she’d leave her.

According to PinkNews, the victim revealed the affair to the staff at the women’s refuge once their relationship ended. In an effort to hide evidence they had been sexually involved, the officer demanded all texts be deleted from her phone and even threatened to kill herself if the texts weren’t deleted.

Prosecutors say Peters was in a “position of trust” with the woman and other victims, and use her training to spot signs of vulnerability to satisfy her own sexual needs.