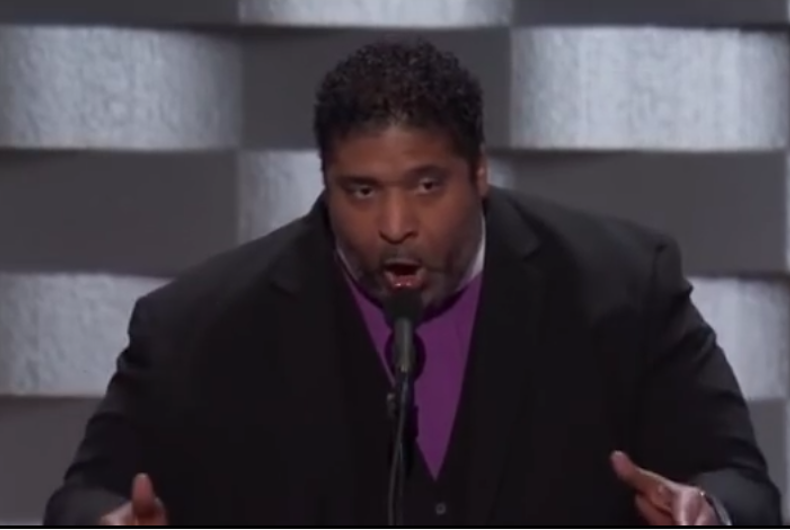 President of The North Carolina chapter of the NAACP, Rev. William Barber, said Thursday that it will ask for a national NAACP boycott of the state after it failed to repeal House Bill 2.

Barber stressed that it was not just the failure of the repeal of HB2, which he called an “an anti-worker, anti-civil rights, anti-LGBT bill.” He also noted the Republican’s efforts in a previous special session, stripping Gov.-elect Roy Cooper of many of his powers before he takes office.

“They’re cheating to hold on to power,” he said. “Enough is enough.”

Barber stood in front of a group of people who had been arrested at the North Carolina General Assembly for demonstrating against the actions of the GOP.

“I want you to see the diversity,” Barber said. “It’s black, it’s white, it’s young, it’s old. It’s diversity. This is the Forward Together movement, this is the NAACP. This is many groups coming together. This is the modern day resistance to unconstitutional actions, and this is the New South rising. This is the South that extremists, who only get elected by using the “Southern strategy,” they are afraid of this kind of diversity.”

The North Carolina General Assembly met on Wednesday to consider a repeal of the discriminatory law, which nullified non-discrimination ordinances throughout the state, capped the state’s minimum wage and requires transgender people to use bathrooms and locker rooms in government buildings matching the gender on their birth certificate.

They adjourned without voting to repeal, despite getting the Charlotte City Council to rescind its non-discrimination ordinance, which HB2 had nullified and which gave protections to the LGBTQ community, including allowing trans people to use the bathrooms matching their gender identity.

North Carolina has already been subject to boycotts over the law, costing the state millions in lost revenue and hundreds of jobs. Companies, entertainers and state and city governments have all chosen to avoid the state, and legal fees have begun to add up as well.

Wired released an estimate in September concluding that HB2 had already cost the state nearly $400 million. The Williams Institute estimated in May that the law could cost North Carolina upwards of a billion dollars a year if they keep it in place.

A similar boycott in South Carolina over the Confederate flag flying at the statehouse cost that state millions of dollars and lasted 15 years.

Barber said NAACP lawyers are looking into recent legislation passed by the state to determine what legal challenges can be put forth, and are also planning demonstrations.

Gov.-elect Roy Cooper, who has said he worked with the NCGA to attempt to get a repeal of HB2, is against a boycott, saying he wants to attract business to the state.

“I share the frustrations people have with the Republican legislative leadership because their policies hurt working North Carolinians, but I disagree with an economic boycott,” Cooper said. “I want people and companies to come to North Carolina and join us in the fight for fairness.”

Watch Rev. Barber call for a boycott in the video below.