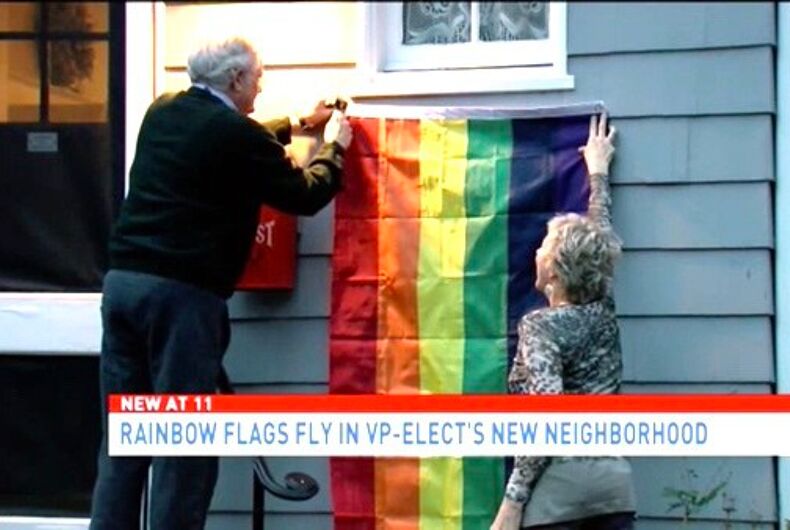 Mike Pence is set to become the most antigay incoming Vice President in modern history, and according to WJLA, his new D.C. neighbors aren’t so keen on having a known homophobe on their block.

Ilse Heintzen lives just down the block from the house where Pence is currently staying as he waits to move into the Vice President’s mansion on the grounds of the Naval Observatory. After learning Pence was moving to the neighborhood, she and some of her neighbors decided to take a stand against by hanging colorful rainbow flags outside their houses.

“A respectful message showing, in my case, my disagreement with some of his thinking,” she tells WJLA.

In case you need a brief recap: Not only did Pence pass that awful law in Indiana allowing businesses to legally discriminate against LGBTQ people on religious grounds, but he also supports gay conversion therapy and, of course, is very opposed to gay marriage.

“I have no idea what [the Vice-President Elect] will think about,” Heintzen says, “but I hope he will change his mind.”

According to the news station, there are about a dozen rainbow flags flying around the block, and more are said to be coming.

“This is one way that I can show my disagreement,” said Heintzen.