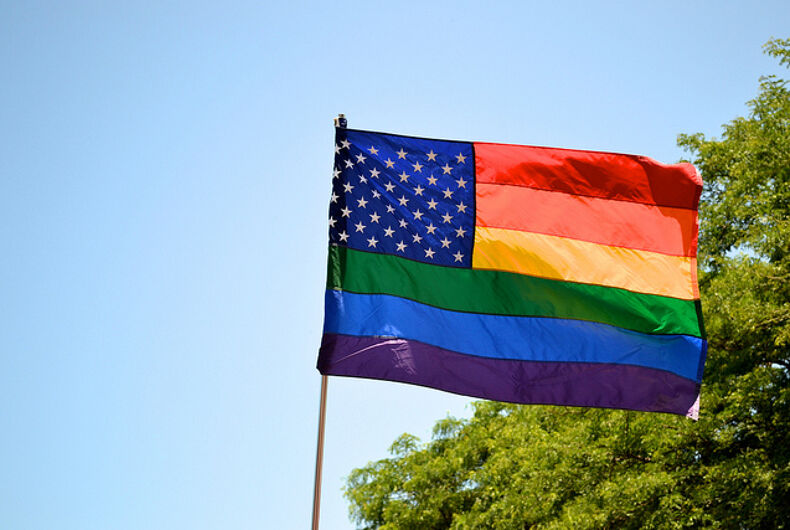 One Michigan neighborhood is awash in rainbows after a woman received an anonymous complaint about her rainbow flag.

After the Pulse nightclub shooting, Ann Arbor resident Susan Pearlman, whose daughter is a lesbian, decided to fly the rainbow flag outside her home. And while she describes the college town as LGBTQ friendly, Pearlman told Mashable she recently received an anonymous letter from a neighbor “deeply troubled” by her rainbow flag.

“I wanted to explain to you that the flag deeply troubled me in hopes you might understand why,” the handwritten letter said. “I was troubled by the rainbow flag because it overlooks so many of the things our country represents. The flag is missing the white stripes that represent purity and innocence.”

But rather than remove her flag, or simply adding an American flag as suggested by the anonymous neighbor, Pearlman reached out to supporters in the neighborhood, who promptly showed their true colors by flying rainbow flags of their own.

“I opened the letter the evening of Nov 9th after returning home and immediately showed a few of my neighbors,” Pearlman told Mashable. “As of today there are 20 flags flying and more are to come.”

The Michigan neighborhood’s action in solidarity is similar to other recent efforts to overpower hate with the rainbow symbol, including the rainbow flag protest in the D.C. neighborhood where vice president-elect Mike Pence rents a home.