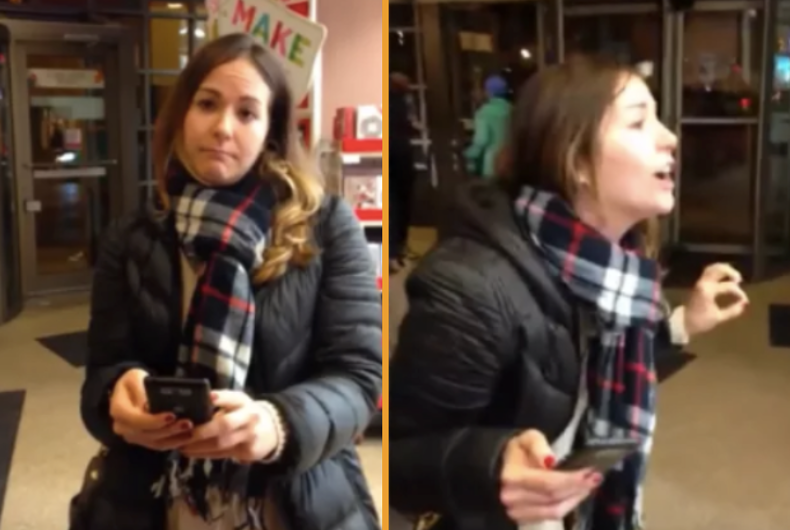 Jennifer Boyle has a racist tirade inside a Michaels craft store.

It’s going to be a very Merry Christmas for the manager of the Chicago area Michaels who was called an “animal” and a “lying piece of shit” by a white customer during a racially-charged tirade over a $1 shopping bag the day before Thanksgiving.

The manager has been identified only as Holli. The customer who verbally assaulted her was Jennifer Boyle, a former HR employee with a history of shouting at retail employees and who appears to have gone into hiding since being identified.

After video of the Boyle’s racist meltdown went viral last week, a GoFundMe page was created by Jessie Grady, the shopper who witnessed the attack and uploaded it online.

“On the night before Thanksgiving, I witnessed a white woman engage in a 30 minute racist rant against the employees at a Chicago Michaels store,” Grady explains. “I am starting this gofundme because I’d like to do something to try to make it up to the employee who was the main target of this racist attack.”

Grady said she wanted to send a message to Holli that “many people are horrified by how this woman treated her, and that we stand with her and appreciate her hard work.”

Grady goes on to explain that Holli is trying to get her Master’s degree in psychology so she could pursue her dream of becoming a professional guidance counselor. In addition to working at Michaels, she also has a small side project knitting scarves and hats for homeless teens.

For her part, Holli has kept a low profile, but she did just publish a letter in response to the support she has seen.

“I’ll start with this,” she writes. “I am in utter shock. You have all single handedly changed my life. Each of you have shown me that this world is worth living in.”

The letter continues: “I know what I’m here for and that’s to help others reach their higher potential. With your support I have been blessed with the opportunity to live and not just survive daily.”

Holli goes on to say that the donations will allow her to provide for her family’s needs while also helping her get her business going, which will enable her to “give back to my community even more now.”

“We stand together side by side in truth and know love trumps hate,” she concludes. “Blessings to you may your light continue to break through the darkness.”

This dictionary spells out its blatant support for the letters L, G, B, T and Q