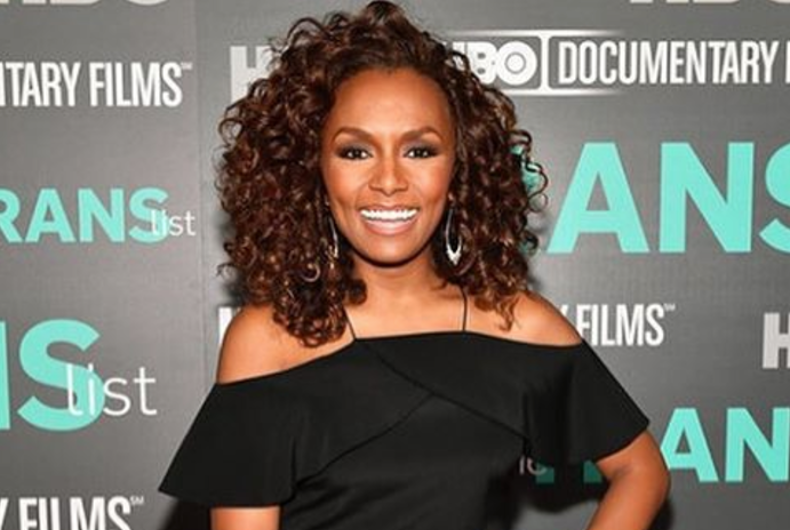 In the uncertain times following the election, transgender people will continue to fight for equality because “we’ve always been fighting,” author and advocate Janet Mock told TIME magazine.

While the trans community is mourning the loss of administration allies and preparing for the potential loss of legal rights, Mock noted that these struggles are not new.

“It is a time of uncertainty, but we’ve always had times of uncertainty. Transgender movements and transgender activists have always been under immense pressure and backlash,” Mock explained in an interview promoting her HBO documentary “The Trans List.” “I feel the fear within my community, the fear that we don’t have those partners any more. So we’re going to have to fight. But we’ve always being fighting.”

And while clear progress has been made in terms of both legal and lived equality in liberal cities such as New York, L.A., and San Francisco, Mock said that supporting trans folks in the rest of the country is especially important.

“The work that has to be done is ensuring that our grassroots trans-led organizations get the resources they need, to fight state by state, in their communities,” Mock said. “It just makes it even more clear that we have to continue to support people who are not in these safe havens.”

And that work, she said, must be intersectional.

“What we have to do is ensure that all those people who are othered, whether they’re disabled folks, trans folks, undocumented folks, queer folks, women—that everyone bands together to stand up in power, saying we will not be forced to be silent,” Mock explained. “We will not have our rights taken away. We will develop deep coalitions that are intersectional, that are deliberate, that are clear about the kind of world and kind of country we want to live in.”

For Mock, that country is reflected in the 11 transgender people featured in “The Trans List,” which airs Dec. 5 on HBO. In the documentary, directed by Timothy Greenfield-Sanders, Mock interviews transgender icons and activists including Laverne Cox, Caitlyn Jenner, Buck Angel, Kylar Broadus, Nicole Maines, and Bamby Salcedo.

“Of course it’s a piece of education, but not in the sense of ‘Here, let me teach you about my experience,’” she told TIME. “I never wanted anyone feeling like they have to watch this to check the box of their wokeness. That’s not why you’re doing this. You’re watching this because these are extremely interesting people who have lived interesting lives, and who are selfless enough to sit there and tell it to you.”

She also urged allies of transgender people to “go out and get your people” and use the access afforded by their privilege to have the conversations that might be more dangerous for trans folks and people of color to start.

“Once you’ve awakened to a certain political consciousness, and you know more now, what allies do is use their access,” Mock said. “For me, that might be speaking about social justice in spaces that are a bit more hostile to my own presence and existence, as a trans woman of color. For white allies, they can go and get their people around holiday tables, having these conversations with a problematic uncle and not shirking away from that and leaning into that. Being the Trojan horse is vital at this time.”