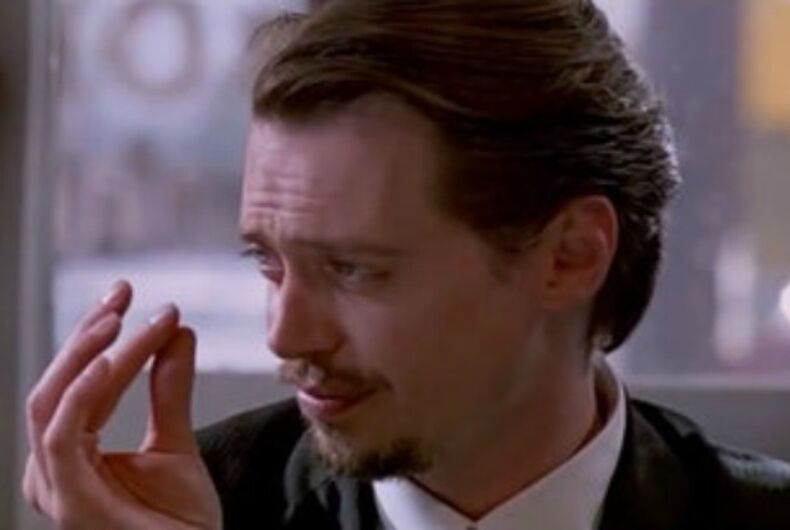 "Do you know what this is? It's the world's smallest violin."Photo: screenshot

The American Family Association is full of fury and fire after getting a letter from the Connecticut State Comptroller, Kevin Lembo, that says they may get removed from a list of approved not-for-profits eligible for donations through the state’s charitable giving program for state employees.

Lembo, who is gay, sent a letter to the hate group asking them to provide proof that they are an actual charity and not a political organization in violation of the state’s nondiscrimination laws.

“All organizations must submit an anti-discrimination certification each year as a condition of participating in the [Connecticut State Employee Campaign for Charitable Giving]. However, despite certifying your organization’s compliance, there are several indications that the AFA may be violating these anti-discrimination prohibitions,” Lembo wrote.

“The AFA, on its website, claims that it seeks to ‘hold companies accountable’ that ‘attack traditional family values’,” Lembo continued. “However, a review of AFA’s statements on its website, in published reports and on social media indicate that its so-called attempts to protect family values involve ‘combating the homosexual agenda’ by boycotting companies that promote equal treatment, tolerance, and acceptance of all families and marriages.”

Lembo goes on to point out several recent campaigns by AFA like their boycott of Target stores and the group’s ongoing attacks on Muslim Americans.

“These actions and statements are extremely troubling to me – not only as an openly gay father and spouse – but as administrator of the CSEC. The AFA’s statements and mission not only appear to discriminate against the LGBTQ community, as well as Muslims who choose to serve and protect our country by enlisting in the US military, but it remains unclear what actual charitable services the AFA provides that qualifies it to participate in the CSEC,” Lembo wrote. “I am, therefore, initiating an investigation to determine whether AFA is in compliance with the requirements of the CSEC.”

The letter continues by asking for specific documentation from the group to prove they don’t discriminate. The group, of course, has quickly donned the mantle of victimhood, proclaiming that because Lembo is gay he wants to take away their “religious freedom.”

“State employees in Connecticut could be denied the opportunity to contribute to a qualified charity after the state comptroller became personally offended by the group’s biblical stance on marriage,” was the lead at the AFA-owned ONE News Now website‘s story about the letter.

The group claims it is qualified because it was certified by a group called “Neighbor to Nation” as a reputable charity. A quick through the organization’s website, however, paints a completely different picture. Most regular not-for-profit charities are noticeably missing while notoriously homophobic organizations and hate groups are given high marks. A statement on the group’s website says each applicant must submit a “Statement of Faith” to qualify for certification.

Focus on the Family, The 700 Club, American Family Association, Alliance Defending Freedom, Promise Keepers, and the Moody Bible Institute are all listed as approved charities even though the group’s gladly espouse discrimination and support laws meant to allow Christians to discriminate against members of other religions, atheists, and LGBT people.

“What’s being foisted upon the American Family Association is the latest iteration of ‘If you don’t adhere to the nouveaux orthodoxy of the day – which is the sexual deviancy agenda – then you must be castigated and expelled from public life’,” Abraham Hamilton, AFA’s general counsel, said to OneNewsNow in a statement that could never be seen as demeaning to LGBT people.

“This is a state government official coming directly after your AFA, and the letter is nothing more than an attack on AFA for standing strong for Biblical principles. Moreover, it is an unconstitutional attack on the First Amendment rights of all religious organizations,” an action alert from AFA proclaims.

The First Amendment does not include a right for religious charities to rake in big bucks from state employees, but that’s hardly the first lie the group has told to their gullible followers. The biggest one, after all, is that they’re a charity.