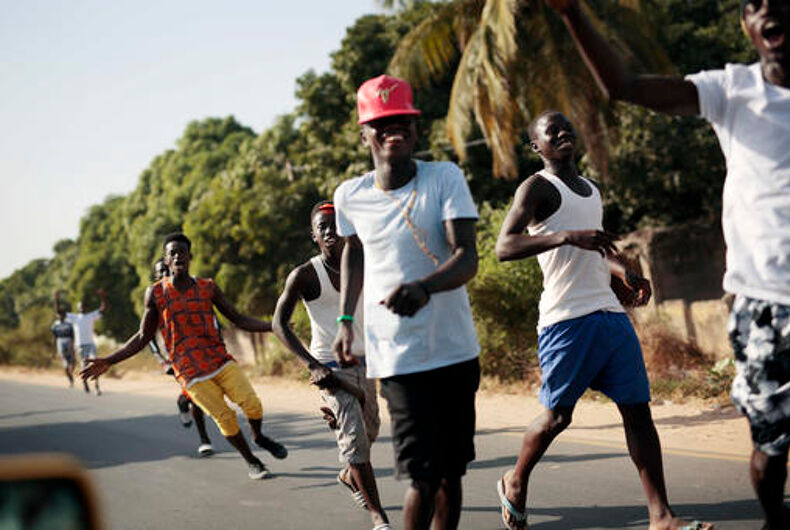 BANJUL, Gambia (AP) — Gambia’s president of 22 years acknowledged his election defeat on state television Friday night, vowing to step down hours after news of the results prompted thousands to celebrate in the streets in an unprecedented display of disdain for his rule.

With cameras rolling, Yahya Jammeh called the winner, opposition coalition leader Adama Barrow, on a mobile phone to praise the election and vow not to contest the result.

It was a stunning turn of events in a country where critics have long alleged votes are rigged and opponents silenced and jailed. Just five years ago, Jammeh said that he could stay in power for a billion years.

According to the electoral commission’s tally, Barrow received 45 percent of the vote compared to Jammeh’s 36 percent.

Many Gambians stayed up all night listening to the radio and tallying results as they were read out constituency by constituency.

For the tens of thousands watching abroad from political exile, it was a day they thought might never come.

“We have freedom at last! And there will be an economic boom, and people jailed can be freed, and people exiled abroad will come back home to their families,” said Aminata Jawara, a 23-year-old lab technician.

Nevertheless, Jammeh had projected confidence, saying his victory was all but assured by God and predicting “the biggest landslide in the history of the country” after he voted on Thursday.

“We are happy to be free,” said Omar Amadou Jallow, an opposition leader for the People’s Progressive Party, which joined the coalition that backed Barrow. “We are able to free the Gambian people from the clutches of dictatorship, and we are now going to make sure Gambia becomes a bastion of peace and coalition. Our foundation will be based on national reconciliation.”

Jammeh came to power in a coup in 1994 and then swept elections in 1996, 2001, 2006 and 2011 after a 2002 constitutional amendment removed presidential term limits. Critics say those earlier elections were not free and fair.

Human rights groups have accused Jammeh of ordering the deaths of countless political opponents as well as targeting journalists and gays and lesbians.

All internet and international phone service was cut on election day in a bid by Jammeh to thwart unrest.

Jammeh’s ouster demonstrates that even Africa’s most entrenched leaders can be brought down if opposition politicians overcome their divisions and unite, said Jeffrey Smith, a human rights activist and founding director of Vanguard Africa, a U.S.-based group that worked with Gambia’s opposition coalition.

“This is going to have resonance way beyond the tiny borders of Gambia,” Smith said, describing the result as “a momentous occasion for the region writ large.”

Pulse owner decides not to sell club to city of Orlando