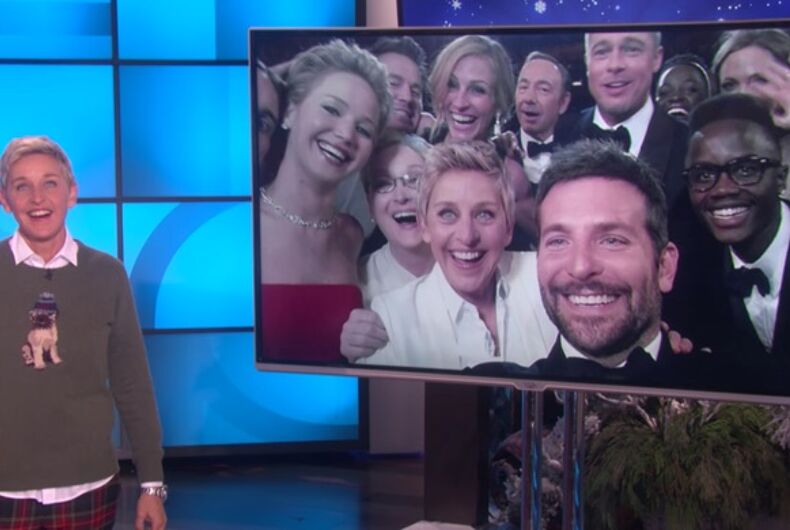 The group selfie taken during Ellen DeGeneres’ gig hosting the Oscars in 2014 has been named one of Time Magazine‘s 100 Most Influential Images. The photo has been retweeted over 3 million times since it was taken live at the awards show.

Ellen, who just won the Presidential Medal of Freedom at an emotional White House ceremony, naturally crowed about the honor during her daytime talk show. Watch the video below.