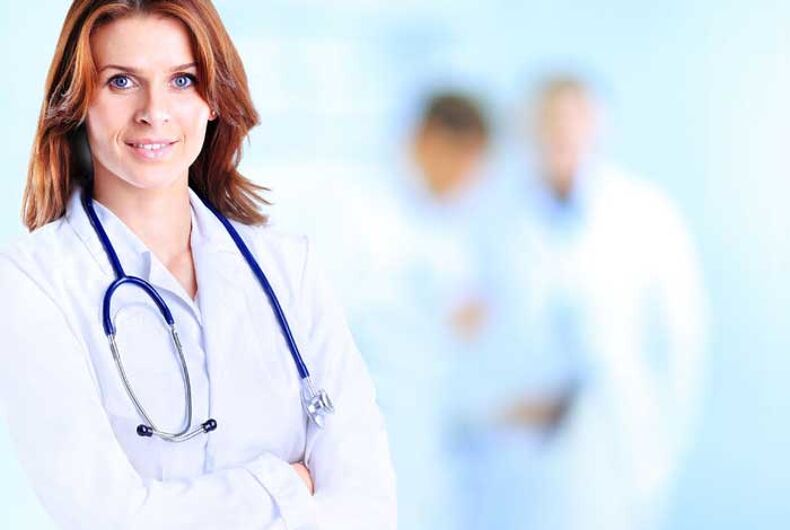 CHICAGO (AP) — What if your doctor’s gender could influence your chance of surviving a visit to the hospital?

A big study of older patients hospitalized for common illnesses raises that provocative possibility — and also lots of questions. Patients who got most of their care from women doctors were more likely to leave the hospital alive than those treated by men.

The differences were small — about 11 percent of patients treated mostly by women died within 30 days of entering the hospital, versus 11.5 percent of those treated by men. But the all-male research team estimated that there would be about 32,000 fewer deaths each year in the U.S. if male physicians performed at the same level as their female peers.

The study didn’t probe why there might be these differences in survival. And Dr. Ashish Jha, the lead author, said the study doesn’t mean patients should avoid him and all other male physicians.

But he said male doctors could take a cue from women doctors’ tendencies that might contribute to better care. According to other research, women doctors are more likely than men to follow treatment guidelines, provide preventive care more often and communicate more with patients.

Jha said that it was important to better understand the reasons behind the differences, and to share that information with all physicians to improve care.

Jha, an internist and Harvard Medical School professor, said he has not spoken to his own patients about the study — yet.

“As a male physician, I have a stake in this,” Jha said.

The study was published Monday in JAMA Internal Medicine.

Most patients survived and were sent home within a month of treatment. But in addition to better survival chances, those treated by women doctors were slightly less likely to be re-admitted to the hospital within that first month.

On average, women doctors were in charge of fewer patients and some of their patients weren’t as sick as those of male doctors, but the researchers considered those factors and still found a link between doctors’ gender and patients’ survival differences.

Dr. Lisa Schwartz of the Dartmouth Institute for Health Policy & Clinical Practice said the study doesn’t prove whether doctors’ sex accounted for the results. “To make a stronger case, you’d need information on doctors’ practices in the study,” she said. For example, did women physicians give patients with pneumonia antibiotics sooner than men physicians — treatment that could potentially improve survival chances, she said.

For example, did women doctors give patients with pneumonia antibiotics sooner — treatment that could potentially improve survival chances, she said.

Dartmouth policy analyst Dr. H. Gilbert Welch called the results “intriguing” but preliminary and “not something for patients to act on.”

© 2016, Associated Press, All Rights Reserved.
This material may not be published, broadcast, rewritten, or redistributed.
Health and Wellness
medical care

In the days of Trump, we need Christmas now more than ever