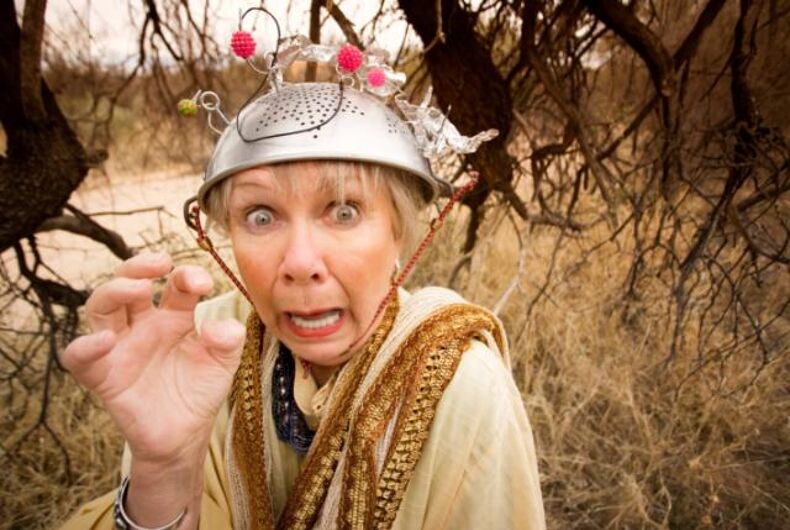 These stories would have been the most stunning and damning political scandals in decades had they been true, but they weren’t! Even though they amounted to nothing more than trashy contrived fake conspiracy theories, they nonetheless wrought damage to Hillary Clinton’s campaign, and might have cost her votes.

And possibly even more importantly, they could have resulted in senseless loss of life. On December 4, Edgar Maddison Welch drove from his home in North Carolina carrying three firearms to the Comet Ping Pong restaurant. He entered the shop with two weapons and shot into the floor with an assault rifle. His purpose was to confront the parlor’s management over charges of the online sex trafficking conspiracy.

Well, as the infamous quote from Nazi chief propagandist, Joseph Goebbels, makes clear: “If you tell a lie big enough and keep repeating it, people will eventually come to believe it.”

In the current political climate, though, telling a lie merely once is enough for people to come to believe it. The nonpartisan Politifact website fact-checked Hillary Clinton and Donald Trump collectively 400 times during the past campaign season, and rated them on a scale from “true” and “mostly true” to “half false,” “mostly false,” “false,” and “pants on fire.”

No matter how we respond to these questions, the fact remains that we as individuals and as a society must take responsibility in critically, reflectively, and creatively investigating and analyzing media and other sources of information we consume rather than simply absorbing these at face-value.

Not only must our schools help equip students with communication and reading literacy skills, but also they must actively teach skills of critical thinking and critical media literacy to empower students to deconstruct, analyze, and reflect images and messages that bombard them like atmospheric microwaves on a daily basis.

In all my university course syllabi, I include a page titled “Critical Consciousness: Reflecting, Thinking, Observing, Reading, Researching, & Writing Through a Critical Lens.” I expect students to develop a critical consciousness on the concepts, topics, issues presented, and on class discussions, readings, videos, and written assignments.

I have often found to my utter astonishment and disappointment that asking students to reflect critically is something they have not been called to do in other courses. I require, however, that students justify and backup their thoughts and opinions since opinions without justification are just that—opinions—and students can expect to have points deducted when failing to provide a critical analysis in their coursework.

“But what do you mean by ‘critical thinking’?” a number of students each semester ask.